A video captures the moment a 20-year-old boy surprised his 17-year-old girlfriend with a Mercedes-Benz as a birthday gift. 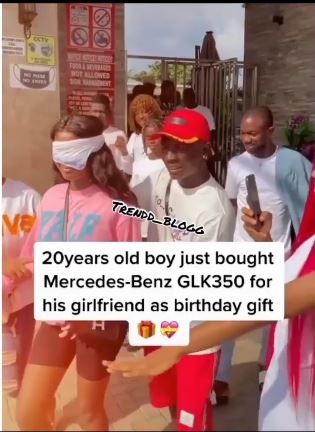 in the clip, the boy who was accompanied by a lot of friends who came to celebrate with them led his blindfolded girlfriend to where the car was parked then took off the piece of cloth from her eyes which made her scream in excitement.

They both hugged each other passionately before proceeding to spray money randomly in the air. 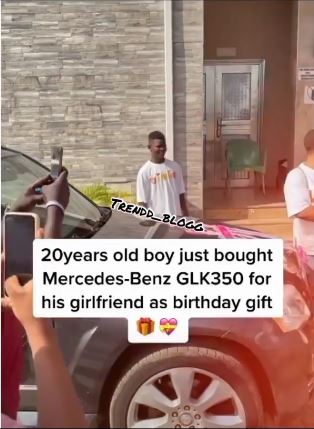 The video was accompanied by a caption that reads:

“A 20-yr-old boy bought Mercedes Benz for his girlfriend who is alleged to be 17 years old. I am speechless.”