Youngest wife of Alaafin of Oyo, Queen Badira Ola has reacted to the ongoing social media fight between Lizzy Anjorin and Toyin Abraham.

She called out to people involving her husband in the fight to stop it, stating that her husband and biological children do not do shit on social media.

This is happening after a social media user sent her a message pleading with her to beg her husband to calm Lizzy Anjorin down.

Although Lizzy Anjorin has bagged a title in the Alaafin’s palace, the olori still believes that she is not really worth stressing over. 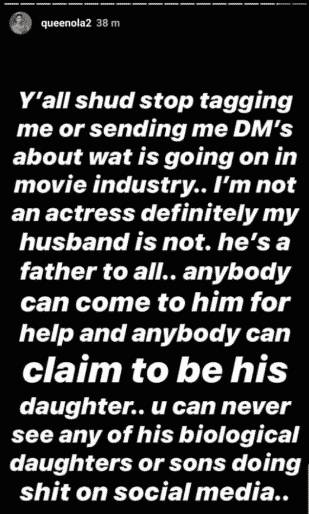