Canadian rapper, Drake has rained praises on American rapper, Lil Wayne for uplifting his career when he was still an upcoming rapper. 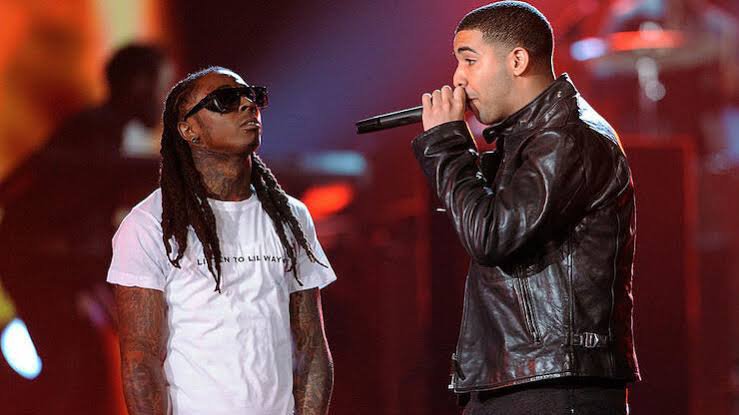 Media personality, Elliot Wilson shared on his Instagram page, a clip of a recent interview he did for Tidal which had the Young Money Entertainment label executive, Lil Wayne on it.

In the interview, Lil Tunechi (Lil Wayne) went down memory recalling how he was impressed when he met Canadian rapper, Drake. 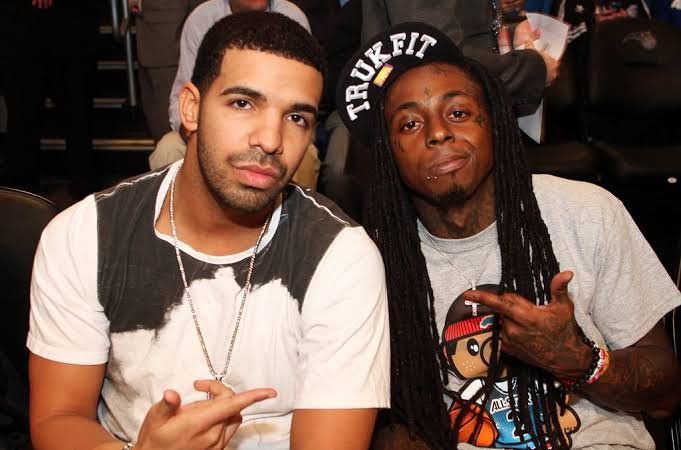 Drake then took to the comment section to rain encomiums on him, recalling how he helped him and tons of other upcoming artistes several years ago.

Lil Wayne had shared how he met the Canadian rapper and considered it an honour that Drake thought of him when he wanted to start out his music career. 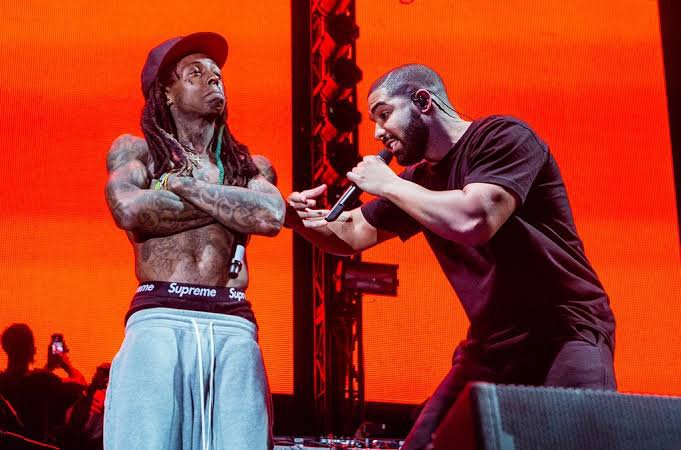 Speaking on Lil Wayne’s remarkable sacrifice towards grooming and growing him and other young artistes under the label which has made him who he is today, Drake wrote,

“This man believed in me after so many never called again or just didn’t see it to begin with… Most selfless artist ever, never held any of us back. Always pushed us forward every night in people’s faces. 20k packed into an arena and he had a whole set dedicated to introducing us FOR YEARS. All praise and credit due to the GOAT.” 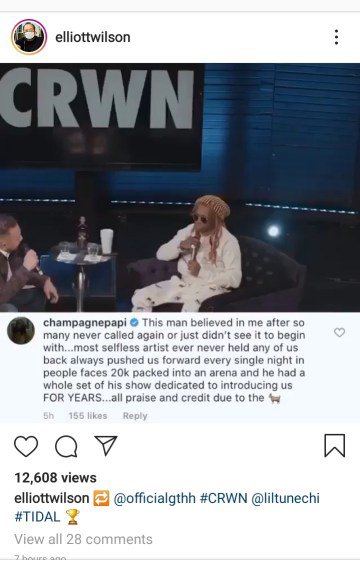