Alex’s fans have called out fellow reality star,Vandora after she accused her of stealing Tobi from Cee-C.

Vandora had earlier revealed that she can’t be friends with Alex because she can’t be trusted after she stole Cele-C’s Man.

However, Alex’s fans who find her statement to be very offensive, have been going haywire, saying that Vandora is just jealous. 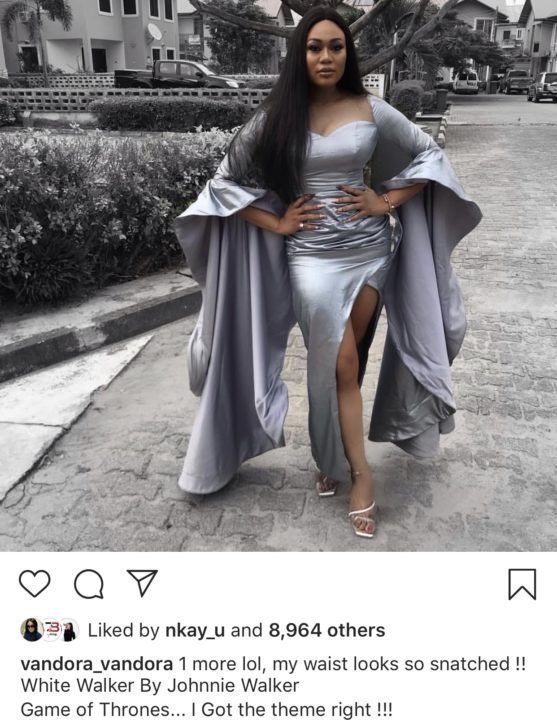 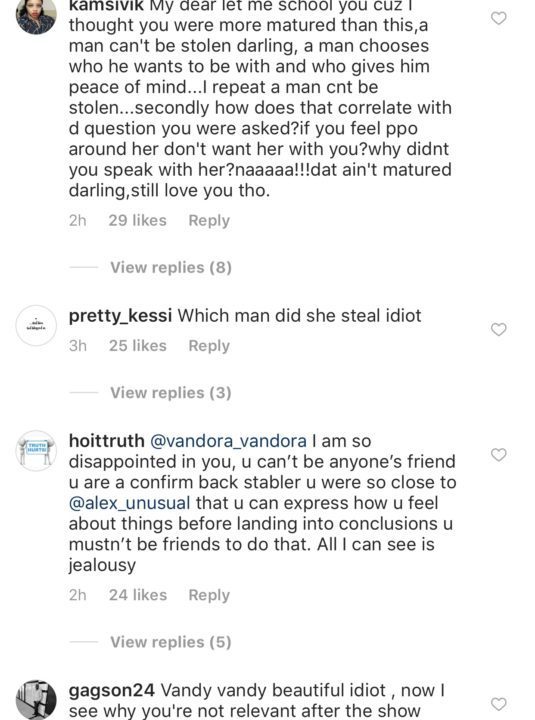 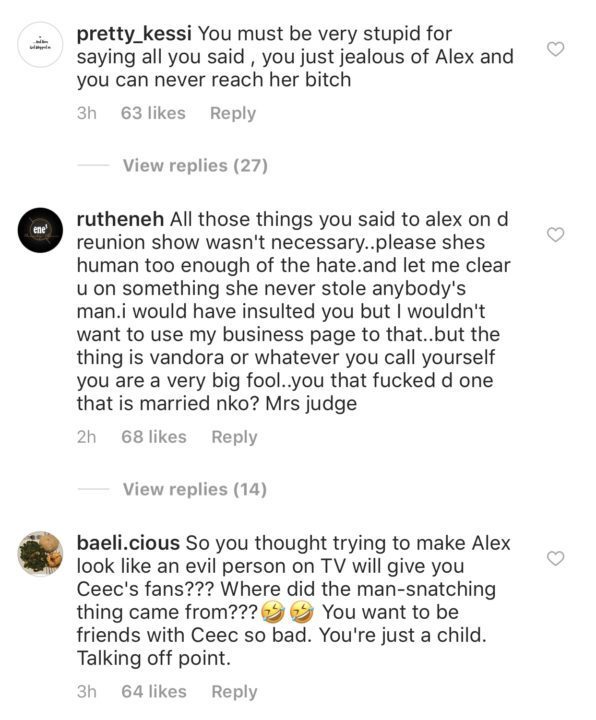 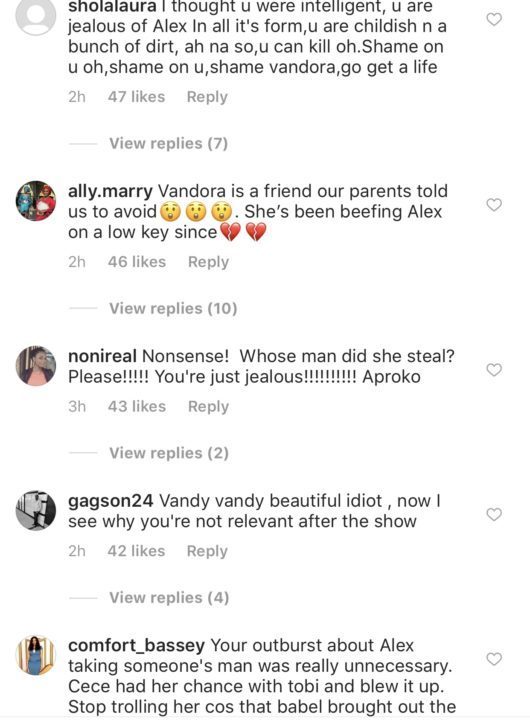