Home Viral News After 12 years of Marriage, Nigerian man discovers that 2 of their...

A Nigerian man identified as Ijimakiwa Dayo took to social media to narrate his dilemma after DNA test revealed that 2 of their 3 children aren’t his.

According to the heartbroken man, his wife always run away with their kids to an undisclosed place anytime she steal money from him.

However, he started to suspect his wife of infidelity after their kids disclosed to him that they stayed in a man’s house after returning back home.

This made him to become curious and he decided to dig up his wife’s Facebook account to uncover the identity of the man his wife always go to take shelter anytime she run away from their home with their kids.

Upon searching his wife’s mutual friends, he discovered that his first son shared a resemblance with one of his wife’s Facebook friends.

When he decided to take the bold step to conduct a DNA text on his first son, the result came out negative. This made him to carry out DNA test on the remaining two kids and got to know that only one out of three  was his child. 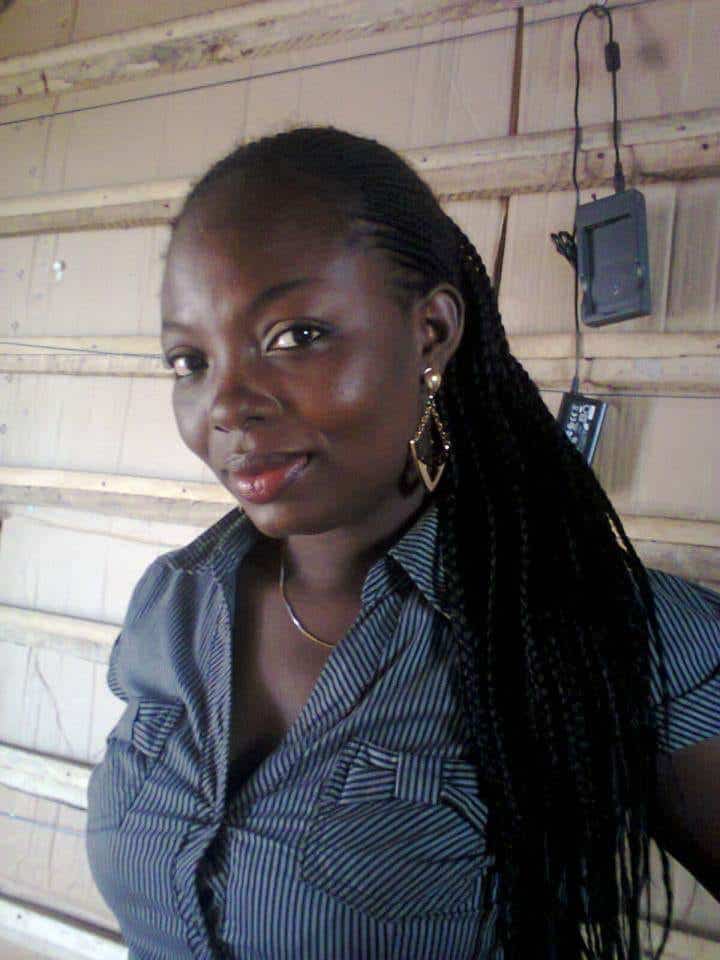 The time devil settles in your home is when one gets married to a bad partner. I got married to a wrong woman about 12years ago, we had 3 kids, 2 boys and a girl, our first child (a boy) is 11years old.

I have been suspecting her for some time now. We’ve been having issues recently, our families and friends have tried to help us reconcile but she kept insulting me and my family members an attitude which she developed overnight. Initially she stole from my save about a million naira and ran away from home with our kids, I started searching for her, called her people to persuade her to return home because her safety and that of the kids is more important to me and I do not want to know the reason why she stole from me. She returned with the kids and that was the beginning of it. Her stealing habit never stopped rather she turned it into an hobby.

There was a time she returned home after her usual practice, I asked the kids where their mother took them to, they said they stayed in one uncle’s house.That was the beginning of my worries, who is this man my wife will always run to anytime she steals from me? .what was their motive,I prayed and hoped she will not kill me one day. So I decided to dig up her Facebook account and see who are mutual friends are, I tried to see if I can get the details of the man she runs to. I picture one of her ex, believing he could be the one, but something struck me about this man, my first son has a form resemblance with him, is it possible I am not the father of our first son?, or is it just my imagination? She did the usual again and I vowed never to take her back ,families and friends tried to settle our differences but I refused, they don’t want to see things from my perspective ,they don’t seem to understand me, they kept using the kids as a bait, I accepted her again.

About 2 years ago, she packed out of the house on her own, insisting I get her an apartment for her and the kids which I did, she demanded for a shop where she will sell frozen foods, I did all she wanted, gave her monthly allowance for the kids and her self. So, I decided to take the bold step, I did DNA test for my first son, after some weeks the result came out NEGATIVE. I almost lost it, I wasn’t myself, I called her one on one and told her about the DNA result, she wasn’t shock and she didn’t feel remorseful, I told a friend of mine who was also close to her to talk to her about the result and recorded their conversation, she said I should not think of digging too deep because I might hurt myself, already the doctor advised that I carry out DNA test on the remaining two kids, few weeks back , I got the results, our second child which is the girl is mine, but the other boy is not mine. So painful after 12 years, I get to know the person I called my wife.

Now, she is no where to be found with the kids. I want you all to help me fish out this wicked woman, so she give me my daughter before she destroys her life. 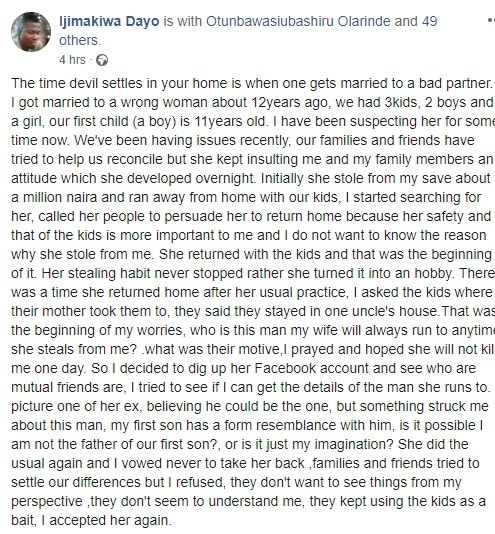