Actor John Paul Odonwodo aka Junior Pope, this evening cited ex-BBNaija contestant, Thin Tall Tony, as an example of a married man who can cheat even if he is placed in front of a camera.

This comment was made after Pope shared a post on his IG page praising BBNaija housemate, Mike, for being faithful to his wife all through his stay in the Big Brother house. 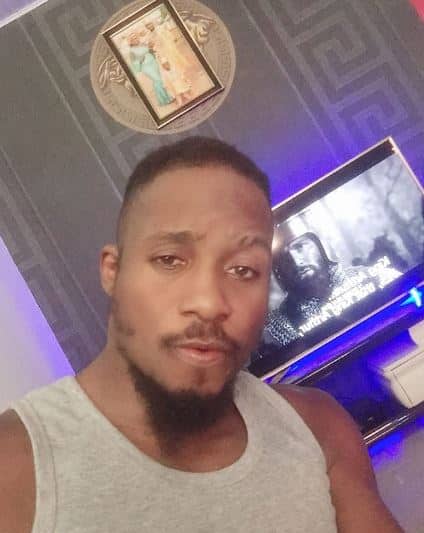 His colleague, Emeka Enyiocha, dropped a comment insinuating that the reason Mike could not cheat while he was in the Big Brother House was because he was in front of a camera and had his other housemates around him.

Read also: Remember Mike when next you want to cheat on your wives – Nigerian man says

John Paul was quick to disagree and he mentioned Thin Tall Tony as an example of a married man who can do such despite the seeming limitations. Recall that Thin Tall Tony flirted massively with his fellow contestant, Bisola, during the 2017 edition of the show. 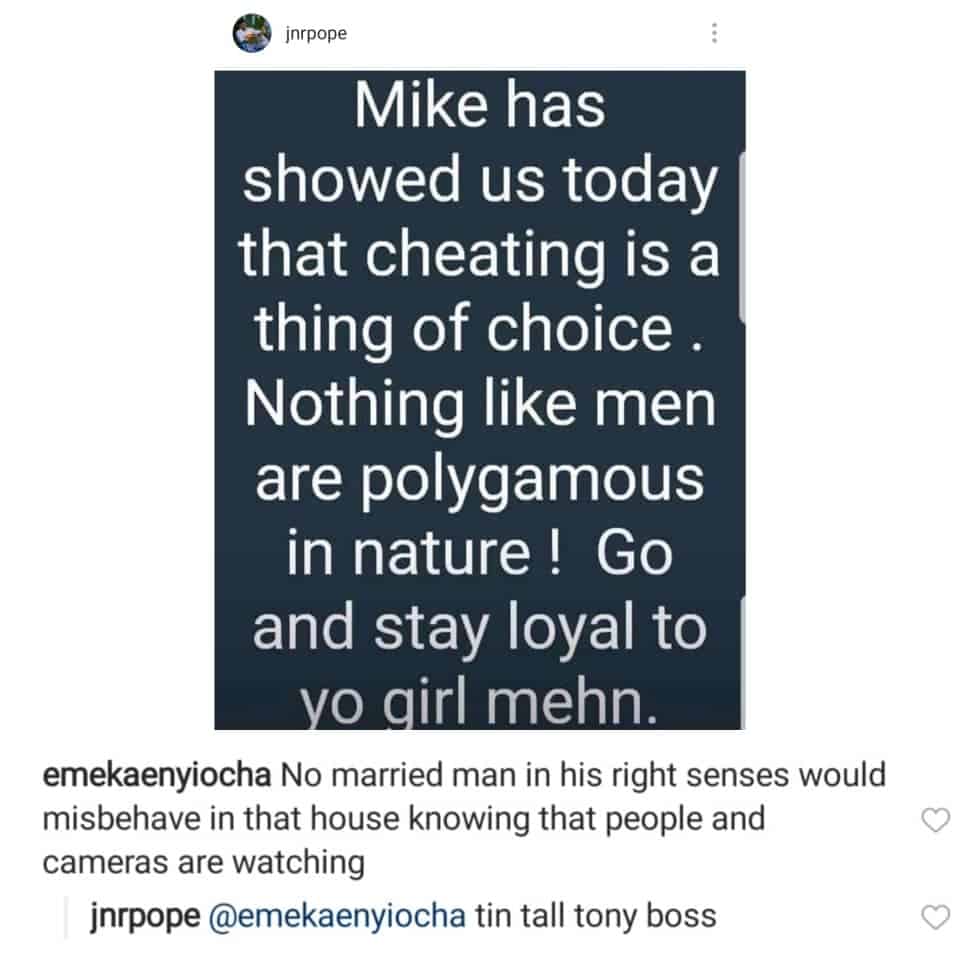