Femi Jacobs has responded to Pastor Emannuel Iren, the founder of Celebration Church International who encouraged Christians to boycott Netflix. 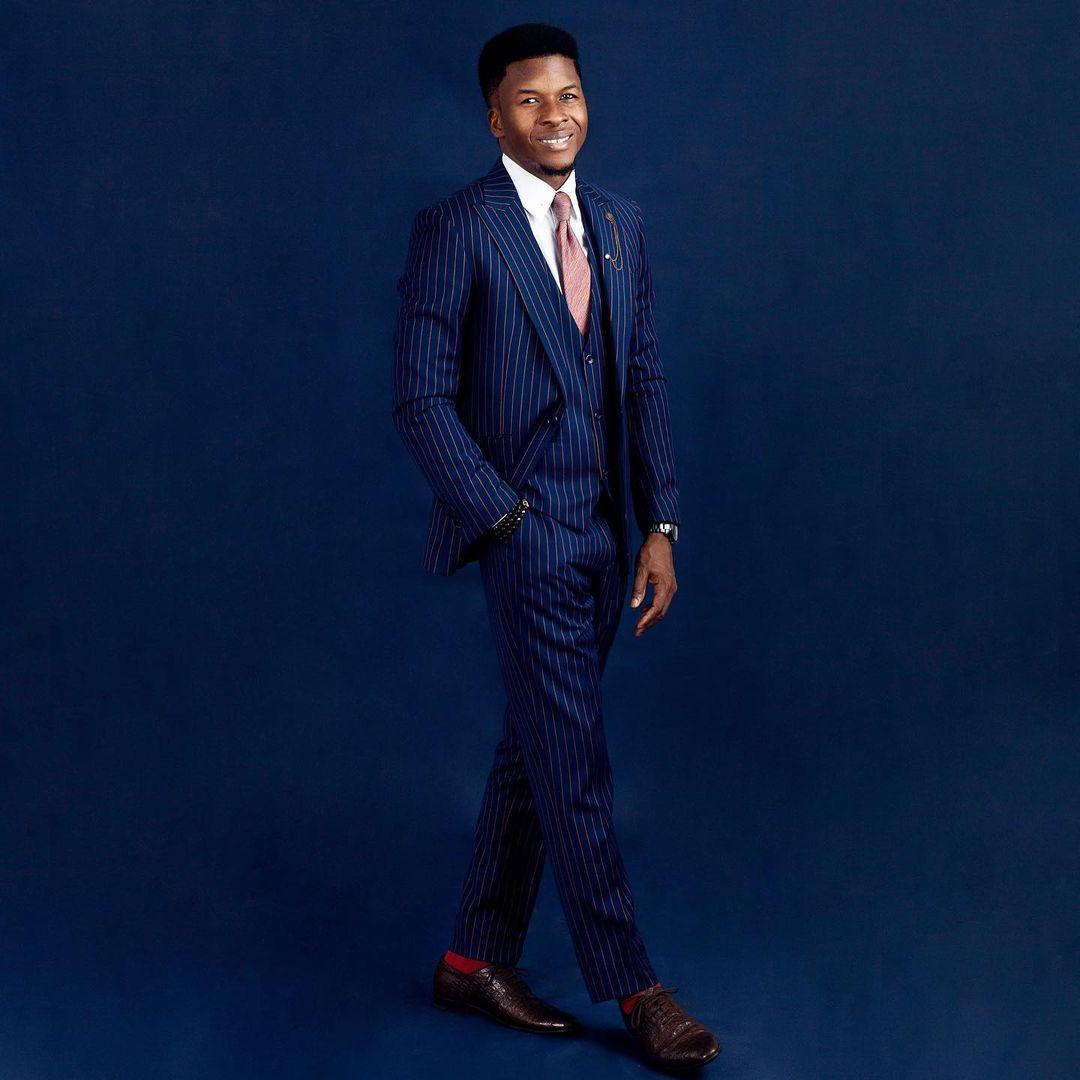 The pastor had tweeted: “At some point, Christians may have to boycott @netflix . I said what I said.”

Some people agreed with him in the comment section and pointed out that movies that depict homosexuality as normal are on the platform which is a good reason to boycott it. 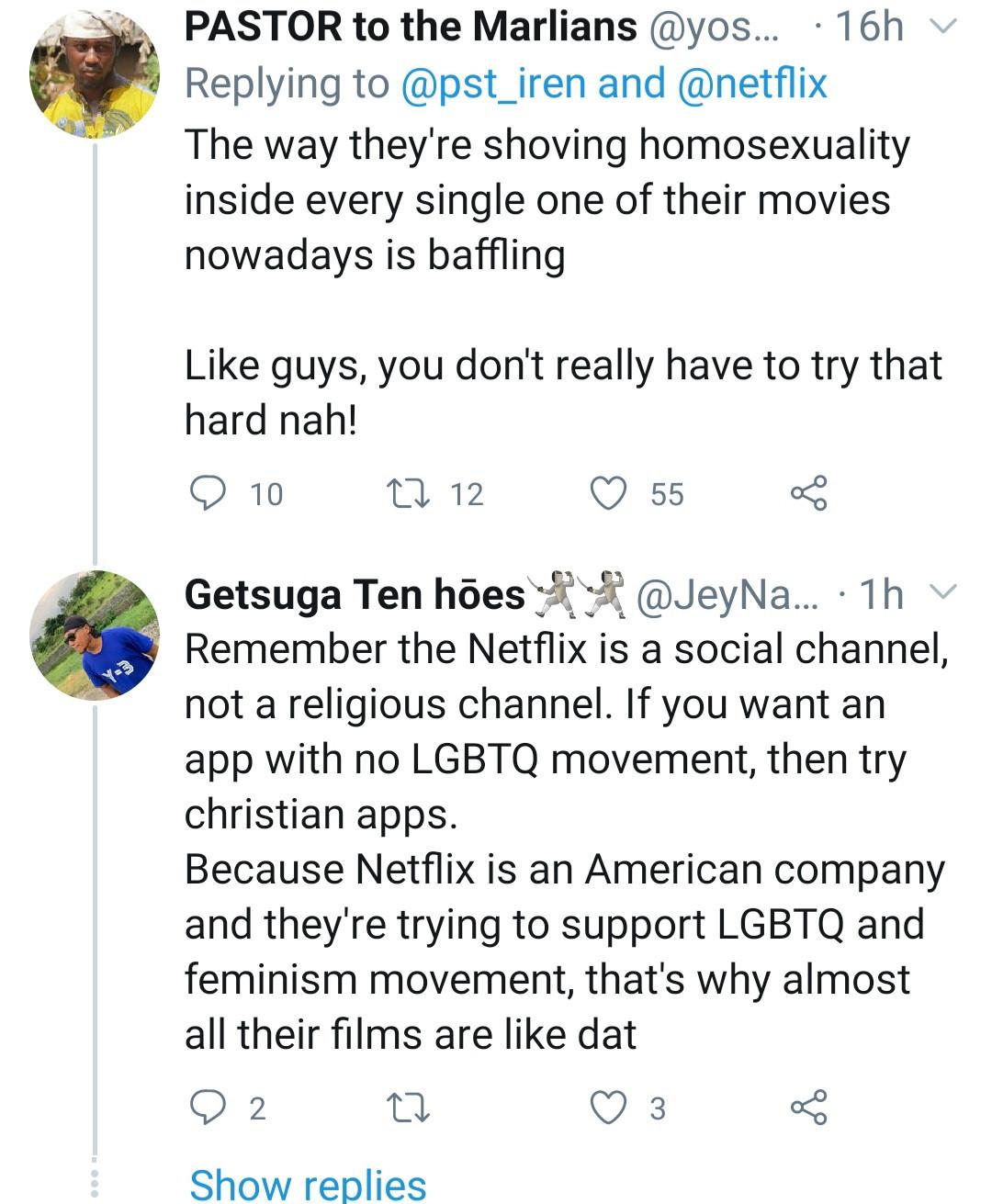 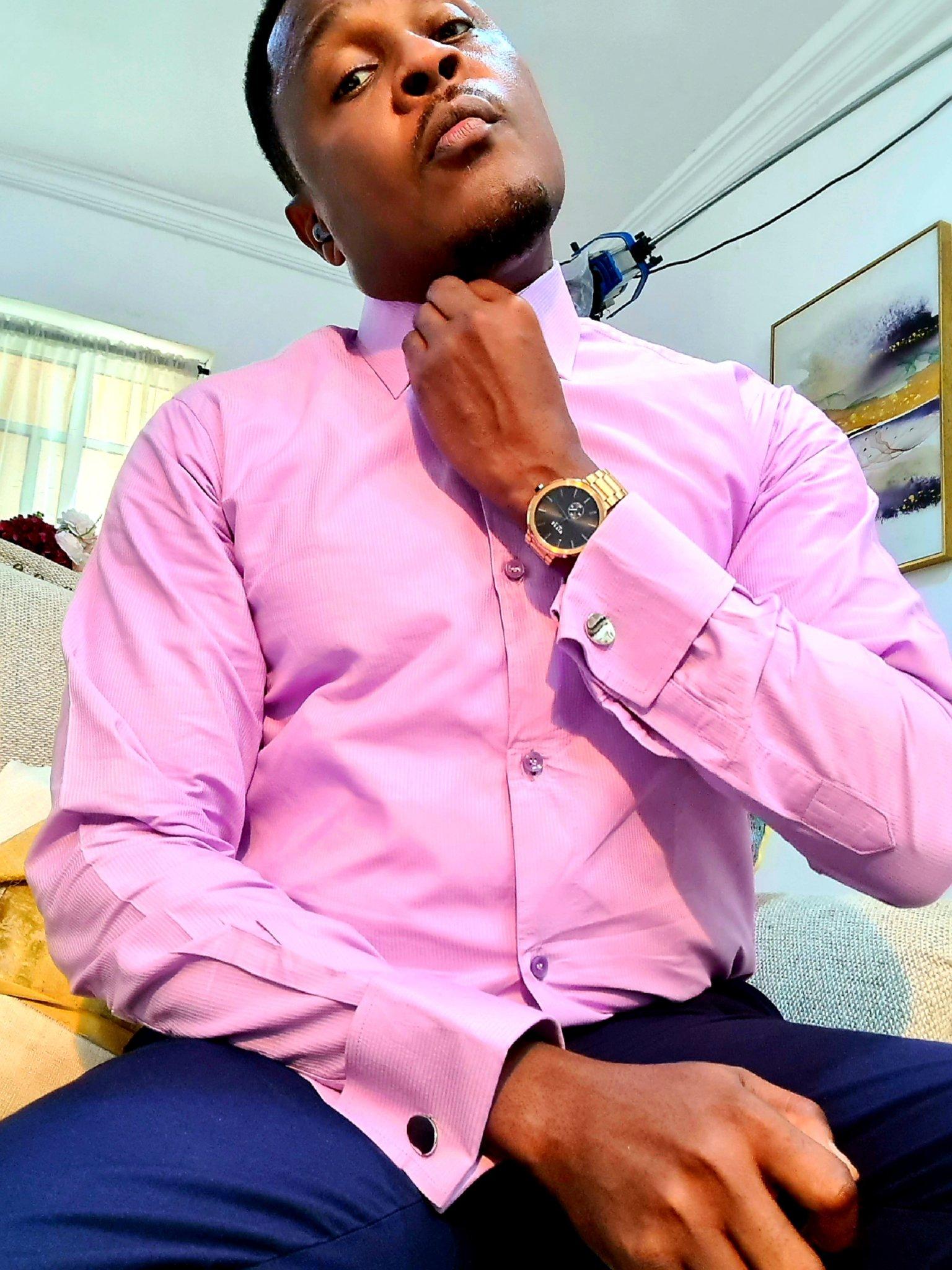 “Pastor Sir, I am an actor and many of my films are on there. I give my offerings from the proceeds of working in Nollywood. God Calling is on there too, it’s a faith based film. Advise me, where will we be selling our films, Sir?” 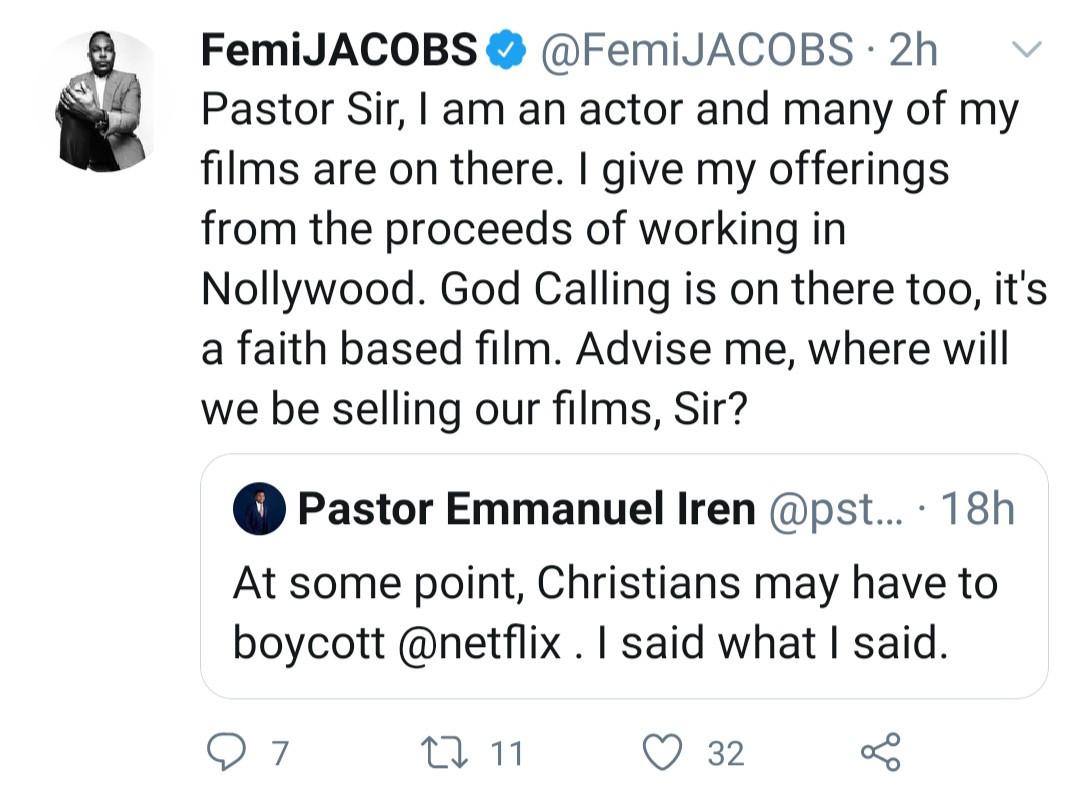