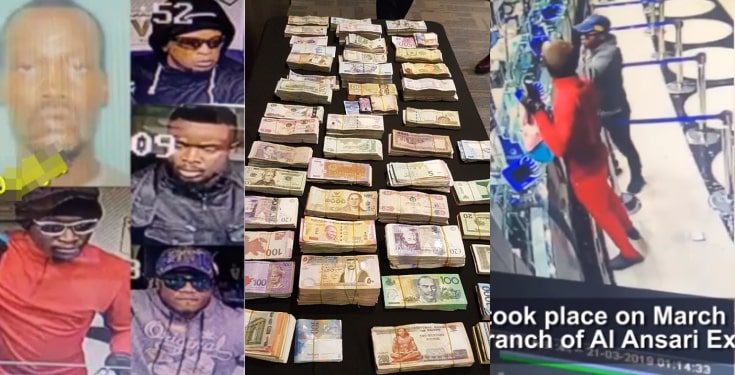 Five Nigerians who stormed a Bureau De Change in Sharjah and carted away Dh2.3 million, have been arrested.

Two employees at the BDC were injured during the operation by the suspects who entered the country on visit visas, on March 18, 2019.

On March 20, four of the suspects stormed into the exchange office, while one waited in a car outside.

Major-General Saif Al Zeri Al Shamsi, Commander-in-Chief of the Sharjah Police, said the whole amount was recovered after the number plate of the car in which the suspects fled, was obtained.

Following this lead, they arrested one of the suspects in Sharjah. This suspect led the police to the others – two in Ajman, one in Abu Dhabi and one in Ras Al Khaimah.

The suspects, who confessed to the crime and said they intended to leave the country, have been referred to the public prosecution.