Popular Ghanaian actress, Yvonne Nelson has called out the country’s movie industry over their failure to support her work. 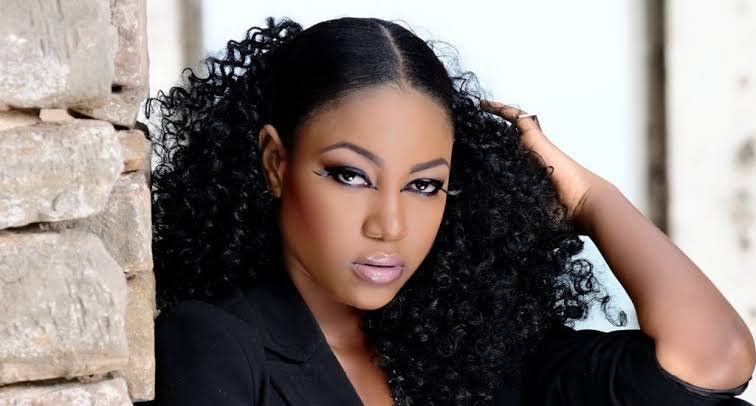 She made this call out in series of recent tweets on her official Twitter page Yesterday, August 3.

The renowned thespian who currently has two of her movies; ‘Fix Us’ and ‘Sin City’ showing on streaming giant, Netflix, said that Ghollywood is full of hate and Jealousy in a new post.

The mother of one took to Twitter and noted that none of her industry colleagues promoted her work on their various platforms and wondered why that is the case.

Writing further, she said lots of her colleagues see her work and choose to ignore forgetting that a win for one is a win for the country as a whole.

She then went on to urge everyone to learn how to love one another and see the blessings that come with it.

See her tweets below… 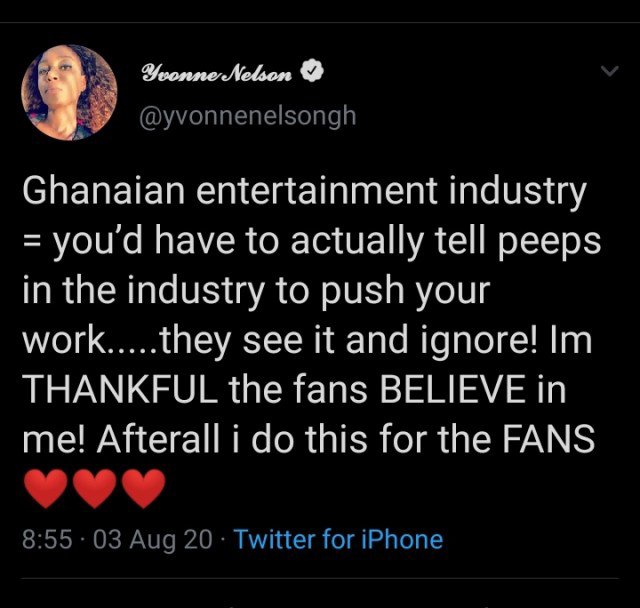 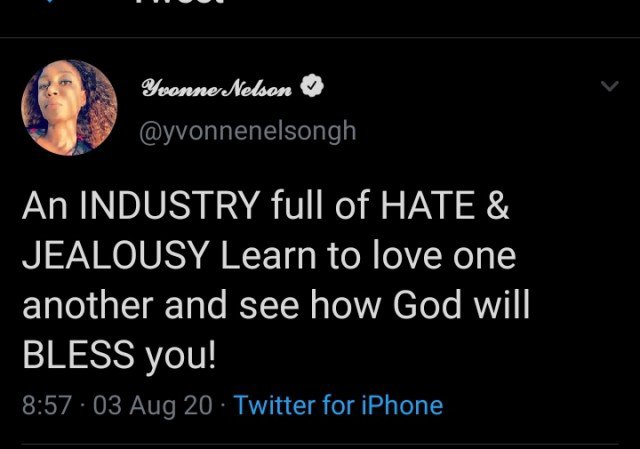 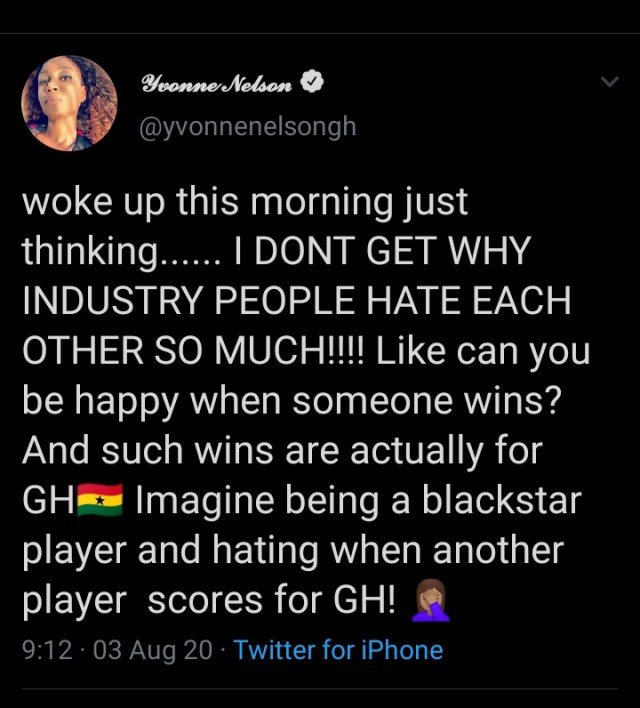