Yul Edochie, a veteran Nollywood actor, has given N100,000 to Daniel Eze, a visually impaired admirer of his who imitated his baritone voice and sounded exactly like him. 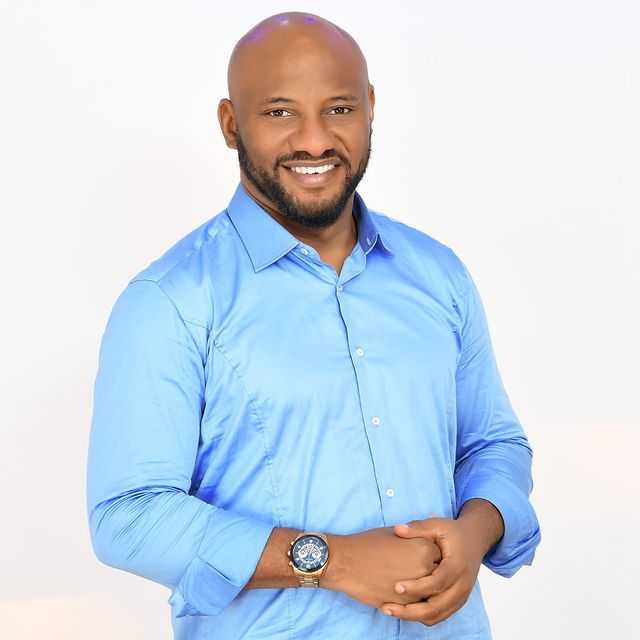 On Sunday, Edochie posted a video of the visually impaired fan who was imitating him on his Instagram page, announcing his intention to give him N100,000.

He captioned the video;

“A blind fan of mine who mimicked my voice. He’ll get 100k today as soon as I receive his name and account details.” 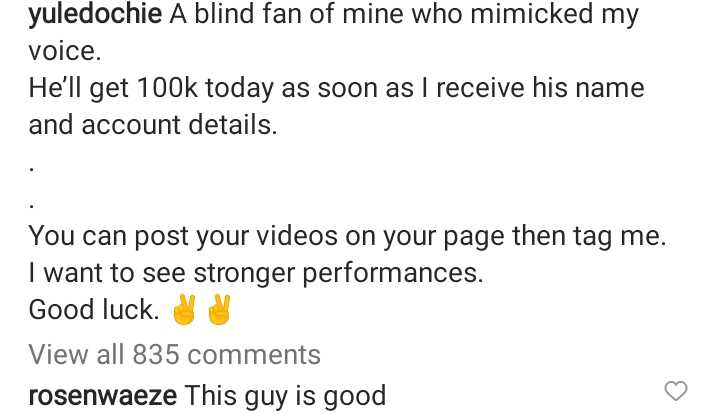 The veteran actor asked other fans to do same:
“You can post your videos on your page then tag me. I want to see stronger performances. Good luck.”

On Monday, the actor uploaded a video in which Eze disclosed that he had got the monetary gift from the actor as proof that Yul had kept his word.