It seems the dragging of Nigerian actress, Halima Abubakar for stealing an American mother’s photo is not ending anytime soon.

Miss Abubakar was recently in the news after she announced the birth of her baby boy. The actress revealed that her child was born on Friday, April 4, 2020.

While sharing her good news, Abubakar shared a photo of a baby holding someone’s thumb, excited Nigerians especially her colleagues assumed that the photo on her announcement was that of her child and they congratulated her.

However, an American woman identified on her Instagram handle as the­_arielb has now called the actress out for using her photo.

It was gathered that the photo the actress used to announce her child’s arrival was from the­_arielb Instagram account.

Well, the actress posted another photo of her acclaimed son and fans are not convinced yet that indeed its her baby.

Some went as far as spotting that the baby was wearing a pink cap which is meant for a girl. 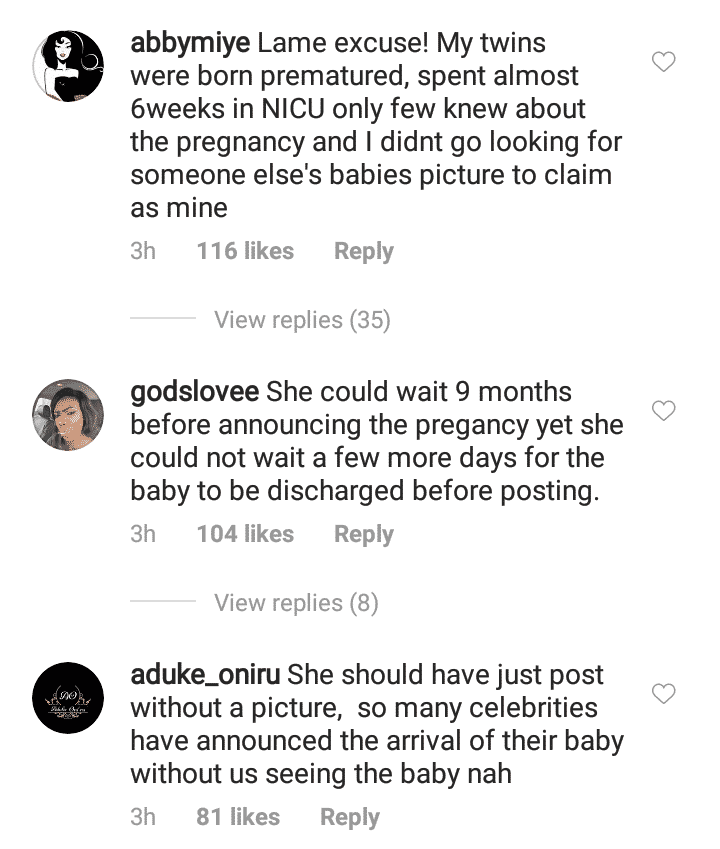 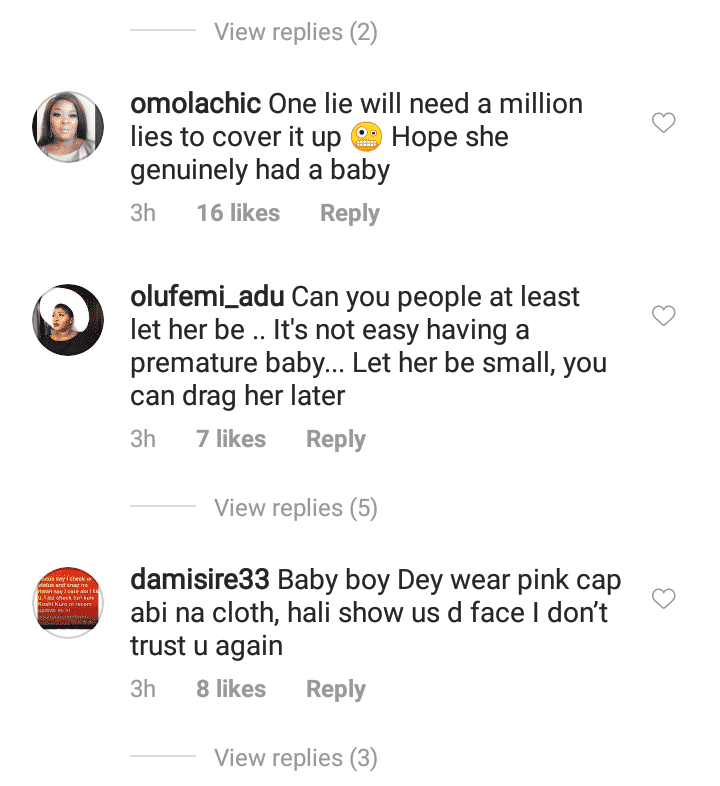 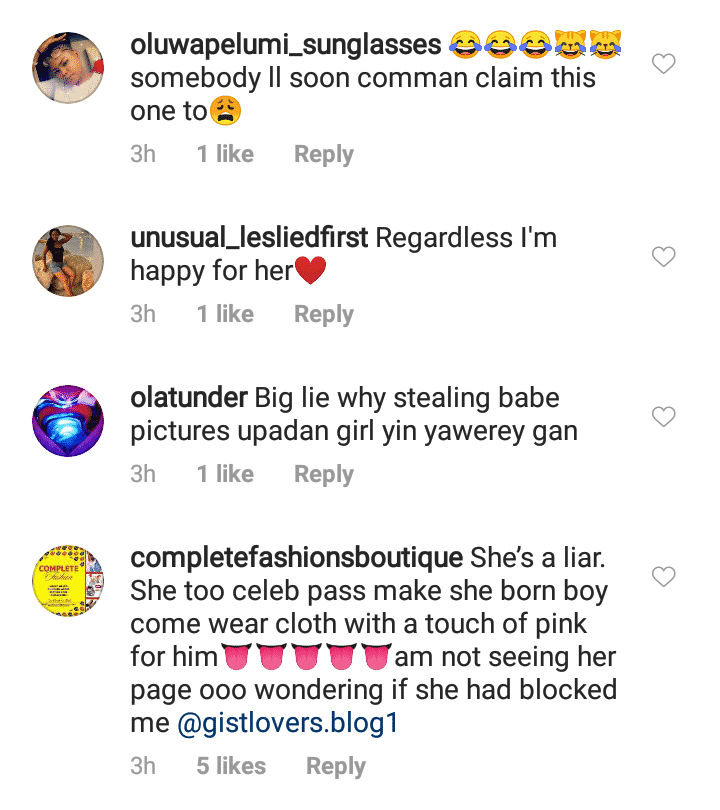