Burna Boy‘s right-hand man, Manny fires back at the entire 30BG after one of O.B.O’s crew member dragged Odogwu’s team for not summing up to the worth of Davido’s ring. 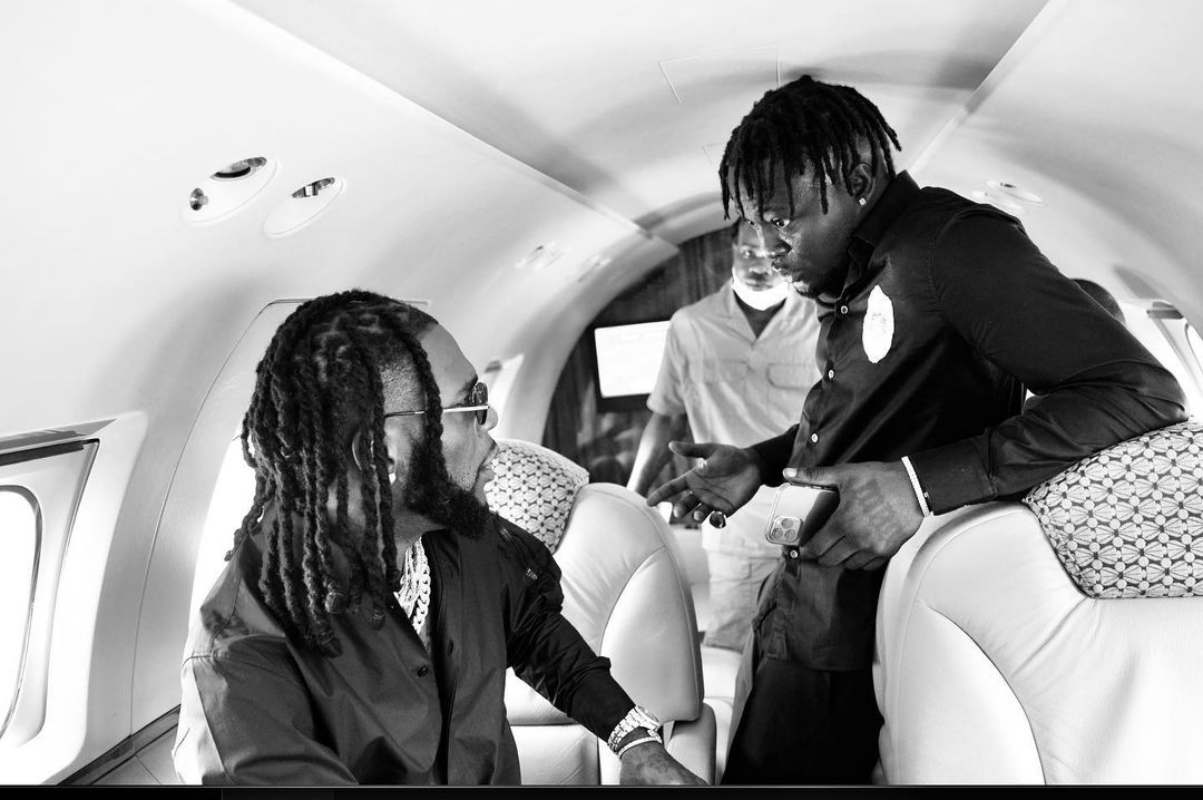 Morgan DMW had taken to his Instastory to beef Odogwu‘s crew with claims that they go around showing off with fake chains just because they have started making peanut-sized earnings. 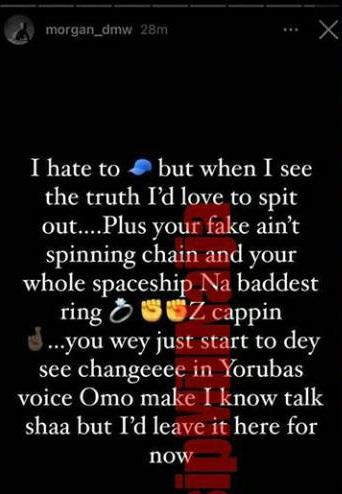 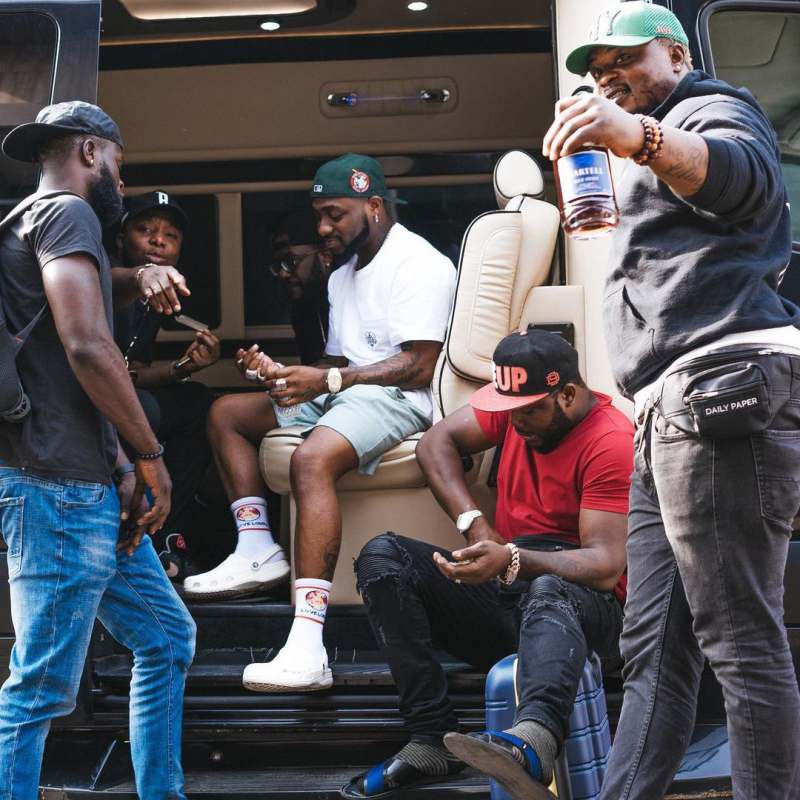 This claim, however, was not left unattended as Manny takes to his Instastory too to leave a note for the entire 30BG whom he referred to as dummies while adding that in real life they amount to nothing. 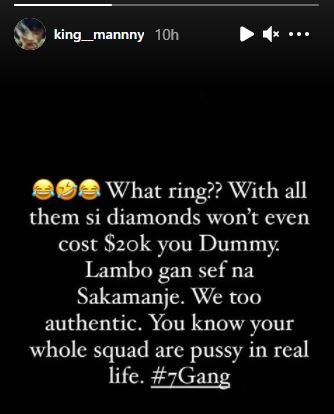