Home Entertainment News “Your masquerade makeup is the most talked about nightmare in Africa” –...

Controversial movie star, Uche Maduagwu comes for the popular crossdresser, Bobrisky after he bragged about collecting the female gender from the real owners. 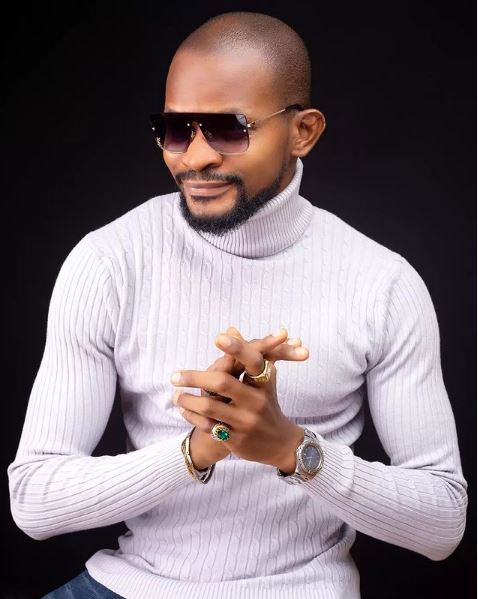 Bobrisky had taken to his Instagram page to recount his achievements as a crossdresser while stating that he collected the female gender from the real owners and used it to become successful.

It is on the basis of this, that the LGBTQ activist, took to his Instagram page to lambast him while mocking some makeups he applies in order to look presentable. He also slammed Bobrisky for his regular use of filter; what he described as ‘a Jesus wept filter’.

“Jesus, abeg which Babalawo tell you say you don collect the female gender from the real owners? E must be #drinking unripe agbo, dem collect demon #beauty give you as bonanza and you dey form #beautiful. Even with all your minimum wage POMO filter you still no win Miss SAMBISA beauty pageant. Hello I got Chrissy Teigen and other A list #Hollywood celebs attention, uche and his legendary red bra is the most talked about for Africa #share #ghana” 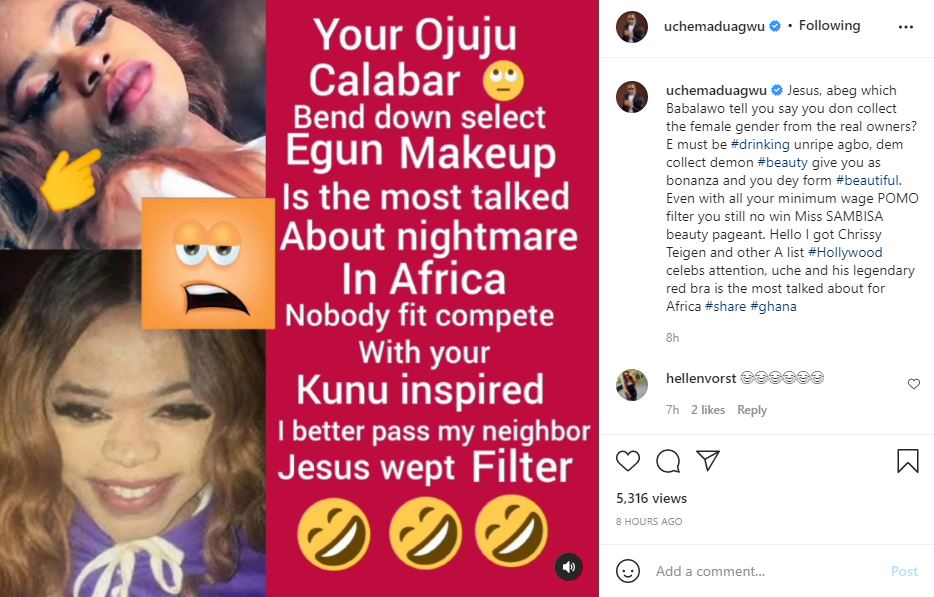