Reality star, Erica Ngozi Nlewedim has reacted to the unfortunate incident that occurred recently in the BBNaija house; which had to do with exiting a housemate, Kayvee in order to permit him to undergo a thorough medical examination on his health. 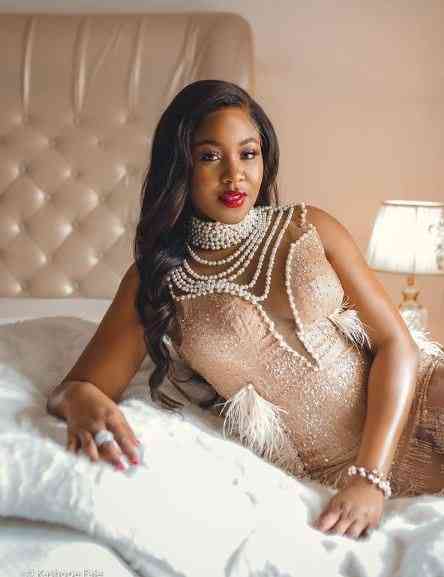 Yesterday, 16th August, Biggie withdrew Kayvee due to the fact that he showed some signs of having some mental problems and as it is said ‘health comes first’.

Reacting to this, Erica took to her Instastory to issue some words of advice, as well as that of encouragement for the lad who seems to be going through a lot right now. 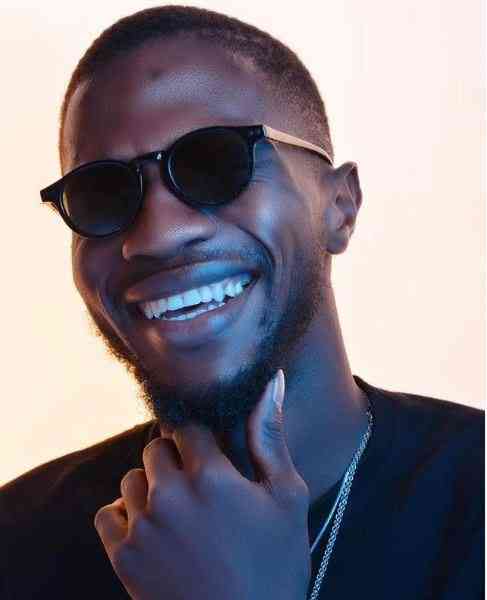 The actress advised him not to be deterred by what happened but to continue marching towards success. 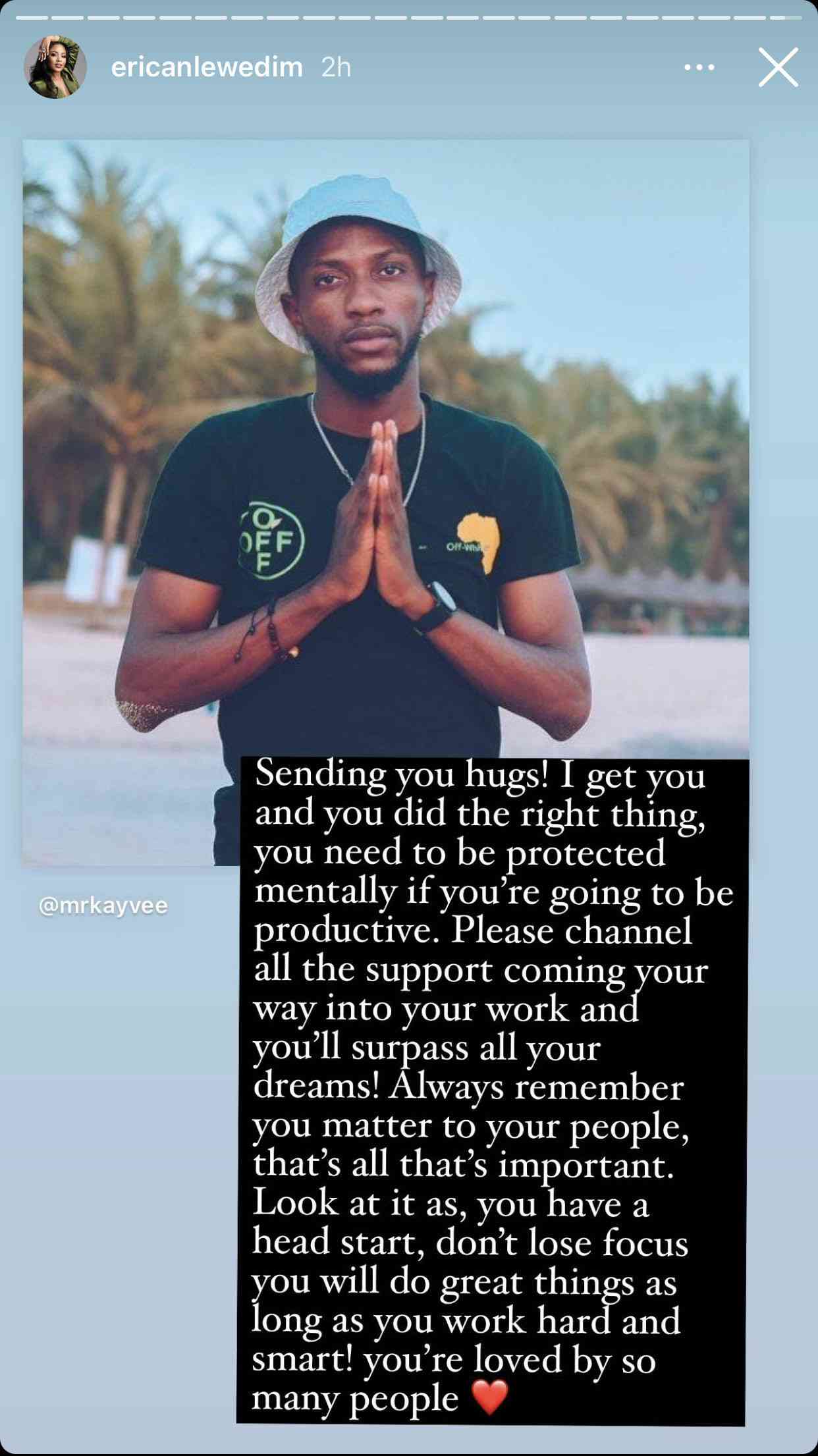