Nollywood actor, Jnr Pope Odonwodo has reacted after a viral clip of himself engaging in a street fight with an unknown man surfaced. 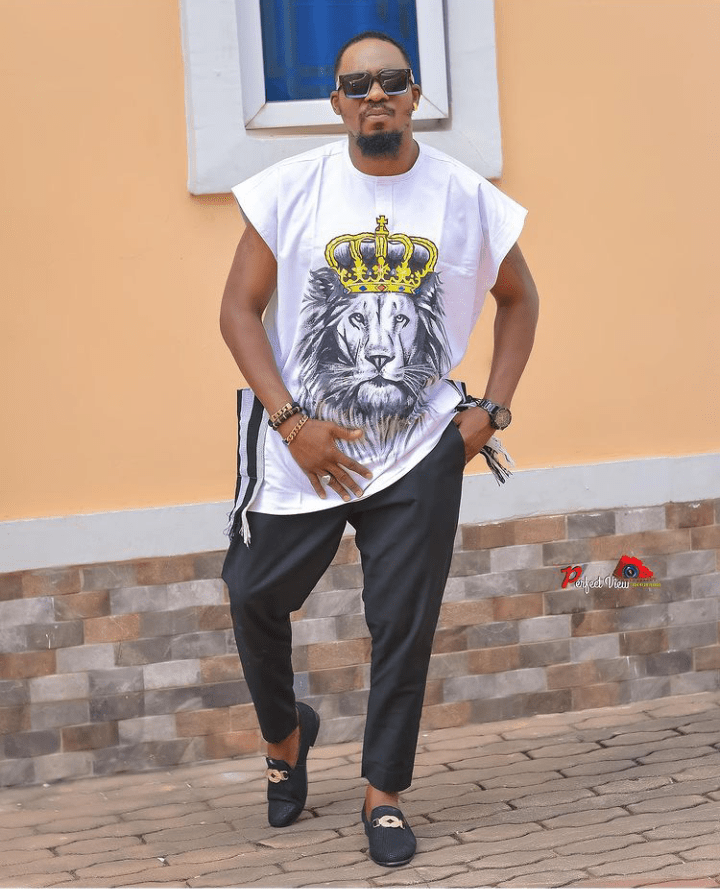 In the video which is currently making the rounds on social media, the movie star who was eager to descend on the man was being restrained by some guys to prevent a disastrous outcome.

However, when Jnr Pope saw he couldn’t get close enough to land punches effectively, he opted for using a spanner to break the windscreen of the man’s automobile which stirred uproar among people who were present at the scene.

Barely hours after the video surfaced, the father of three took to his Instagram page to share a photo that was accompanied by a blunt caption that reads:

“You Do Anyhow, You See Anyhow”