Home General You Are Nigeria’s Pride And A Beacon To Africa — Atiku Praises... 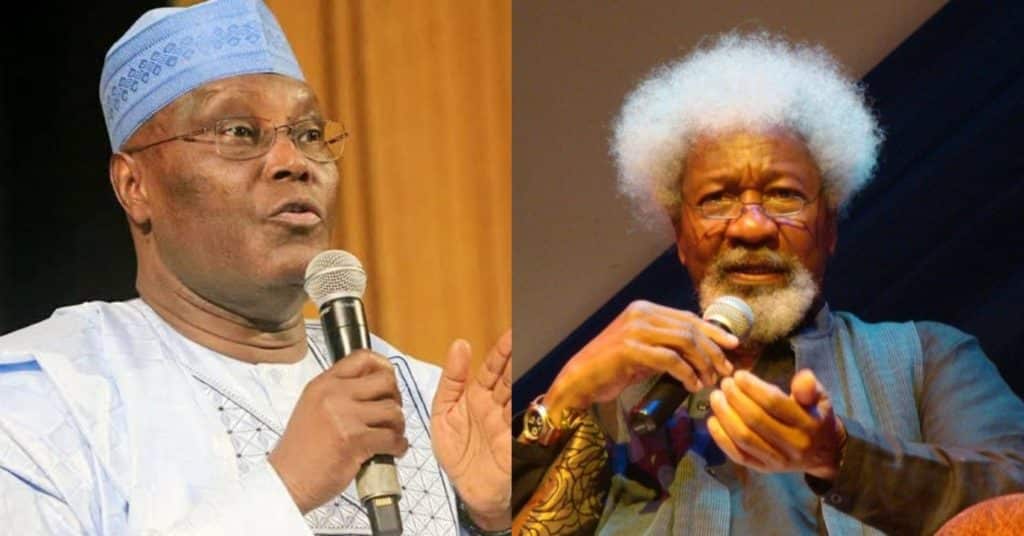 The presidential candidate of the Peoples Democratic Party (PDP), Atiku Abubakar has sent goodwill messages to the renowned writer and critic, Professor Wole Soyinka as he clocks 85.

The former vice president in his message sent via his Twitter handle, described the Nobel Laureate as an “institution of literary excellence and conscientious activism.”

Atiku thanked the famous poet for his feat as he wishes him a happy 85th birthday.

“Happy 85th birthday Professor Oluwole Soyinka. I would have used the word icon to describe you, but you are beyond that. You are an institution. An institution of literary excellence and conscientious activism. A national treasure, you are Nigeria’s pride and a beacon to Africa.

In wishing you many more years of life, I celebrate the fact that, like wine, you are getting better with age. We have a lot to thank you for. From putting us on the Nobel map to getting FRSC up & running, and expanding the minds of our youth. We can never thank you enough. -AA.”