Home Entertainment News ‘Yahoo Yahoo is just a game, why should Yahoo boys be arrested?’-... 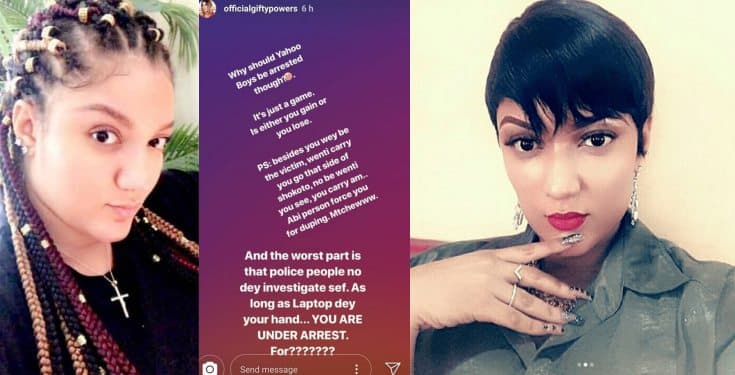 All over the world, it has become quite popular that some Nigerian guys engage in internet scams. In fact, a popular joke is often shared on the internet about a Nigerian prince looking to dispose of the bulk of wealth he has – a well known line used to capture the attention of victims who end up being defrauded of their hard-earned money.

While security and anti-graft agencies try their hardest to combat the crime by arresting the criminals, internet scams are still very much carried out and sometimes, even glorified by some celebrities.

Just recently, former reality star, Gifty Powers, tried to justify the crime by suggesting that it is just a game where you either lose or gain. 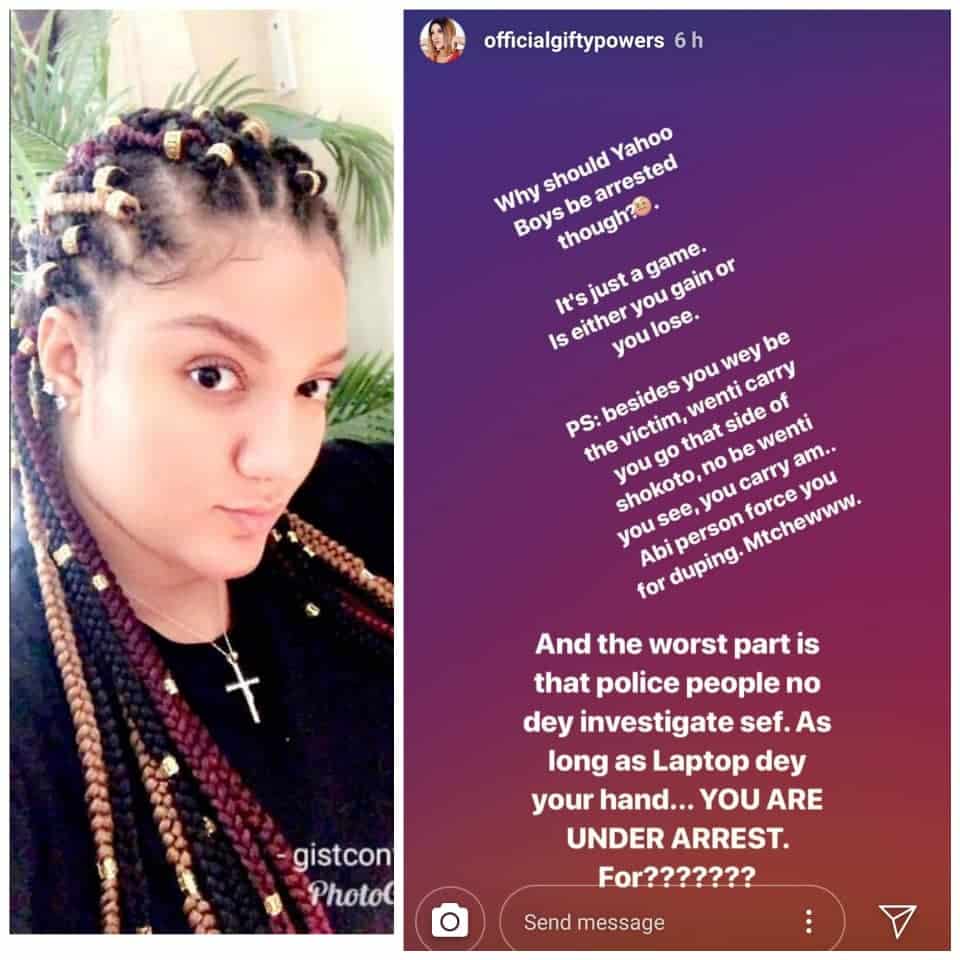