A mother-of-two who stabbed her boyfriend and left him for dead because he texted her ‘happy birthday’ rather than calling her has been jailed for six years. 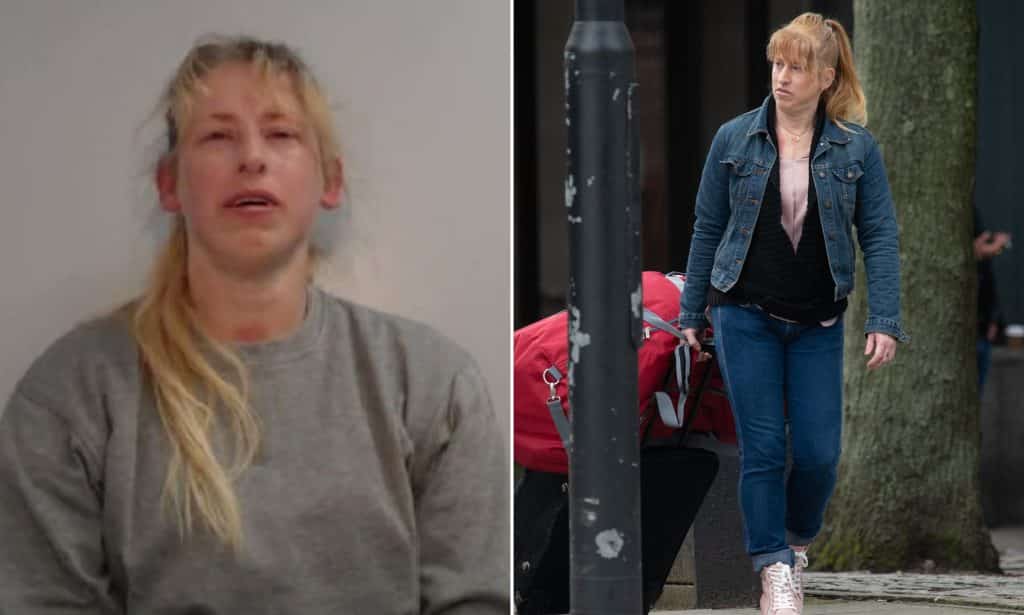 Janet Kearns had just turned 46 and flew into a rage when Alan Pearce, in his 60s, did not personally telephone her to wish her happy birthday, assuming he was cheating on her.

After replying ‘thank you’ to his text, Kearns stormed round to Mr Pearce’s third floor flat in Wythenshawe, Manchester and demanded to know why he had not called her.

She then stabbed him with a six inch kitchen knife as he was calling police for help.

Kearns watched calmly as blood poured out from underneath her victim’s arm, as he collapsed to the floor close to death after the wound severed an artery.

Mr Pearce was rushed to hospital and underwent emergency surgery for his wounds but, more than a year on since the attack, he has trouble moving his right hand.

He had to have plastic surgery to fix the deep wounds and may have to be operated on again.

Doctors performed life saving surgery on Mr Pearce but he is unlikely to ever regain completely normal sensation and function in his right hand.

Kearns later told police she wanted to see the victim’s mobile phone as she thought he was being unfaithful and he said he was going to call police.

She said she grabbed the knife to feel more secure in case he attacked her and claimed the wounds were accidental.

She said she loved him but would become ‘irate when she lost control.’

She said she was sorry and did not intend to cause harm.