Veteran Nollywood actress, Mercy Aigbe has shared a candid reason why people should not be given a second chance.

According to the beautiful screen diva who has continued to defy all odds in the entertainment industry, giving people a second chance is like giving them an extra bullet to hurt someone. 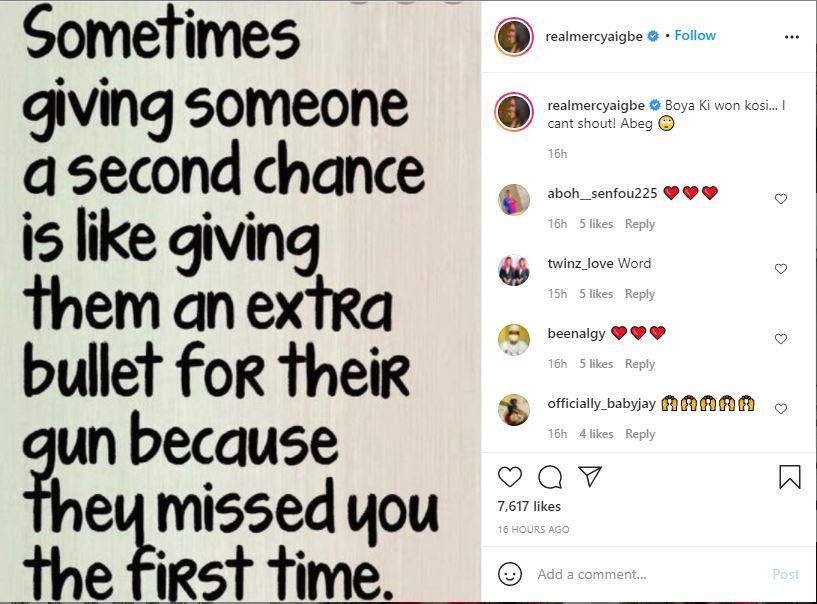 This is coming just days after the star actress noted that some of her colleagues in the industry have stinking character but pretend to be nice on social media.