Senate President Ahmed Lawan has called on the #EndSARS protesters to halt the demonstrations across the country and give the government time to implement the demands. 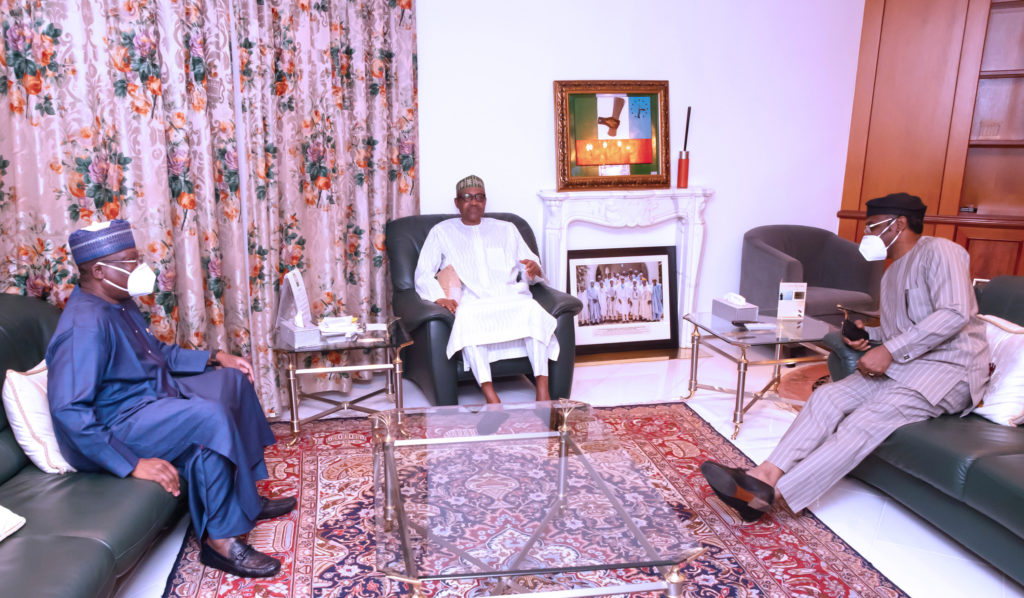 He stated this on Sunday after a meeting with President Muhammadu Buhari at the state house in Abuja.

Lawan visited the president in the company of Femi Gbajabiamila, speaker of the house of representatives.

Speaking with state house correspondents after the meeting, Lawan urged protesters to give the government time, and stop the demonstrations, which have now been held daily for more than one week.

“Very critical to mention at this point is that since the protests have taken place, and the issues have been accepted, the time has come for the protests to stop, because government needs to have sufficient time, a clement environment to implement the demands of the protesters.

“We also need to have our economy to continue to go on. When you try to stop everybody from engaging in their businesses, closing the roads to markets and other economic places, we distract the economy of the country, and that is not the best way to go.

“Therefore, I am taking this opportunity to appeal to our youth who are protesting, that the protests have already yielded the desired result.

“First of all, they said ‘end SARS’ — that was the beginning. SARS was ended, not by the IGP; SARS was ended by the president. President Muhammadu Buhari made a statement — a presidential statement, and that will be the first time that any president will say ‘end SARS’. And SARS has ended. The other issues followed.”

“Since the issues [raised by the protesters] have been accepted [by the government] the time has come for the protests to stop, government needs to have time to implement the demands of the protesters” – Senate President, @DrAhmadLawan after meeting with the President this ‘noon. pic.twitter.com/LuVHZEgbUp