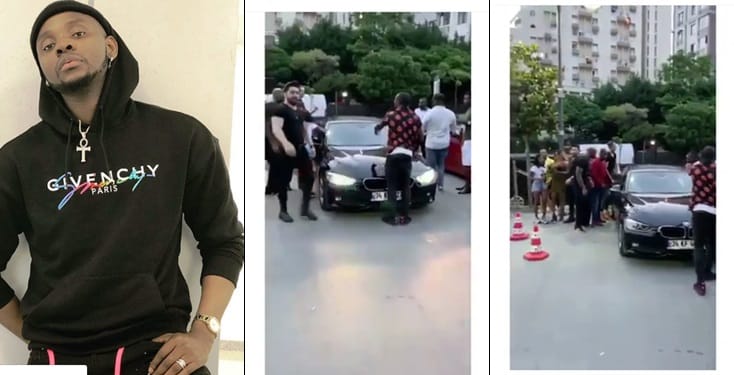 There was a mild drama yesterday as a fan wanted to take a photo with popular Kizz Daniel after a show in Turkey.

Kizz Daniel on noticing the man, alighted from his car and blatantly refused to take photos with the supposed fan which made the fan to get violent, shhouting, ‘I no go gree…’