Home Entertainment News Video of Davido gesturing at clubber to stop videoing him moments before...

Following reports on the physical altercation that ensued between Davido, his crew members and a set of clubbers in Dubai, a video of what triggered the brawl has surfaced. 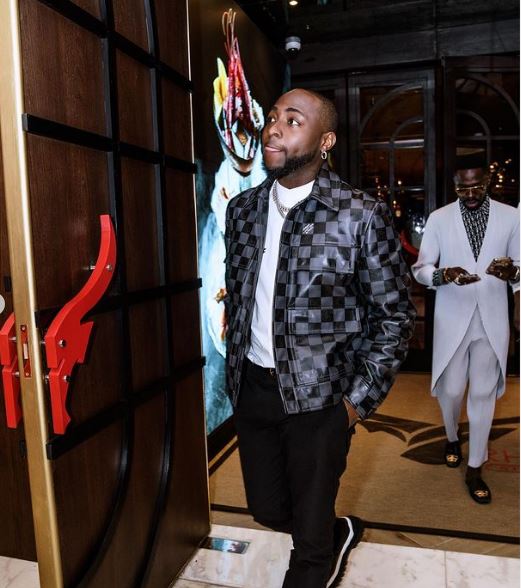 In an earlier report, it was disclosed that Davido had expressed resentment over being videoed by this set of clubbers who persisted in the act which subsequently led to arguments and the height of it all being a fight.

Some female clubbers also accused Davido’s men of seizing their phones and the police also intervened in the matter as things became brutal.

However, in a video taken a few moments before the fight occurred, Davido could be seen gesturing for the videographer to stop videoing him with his hands.