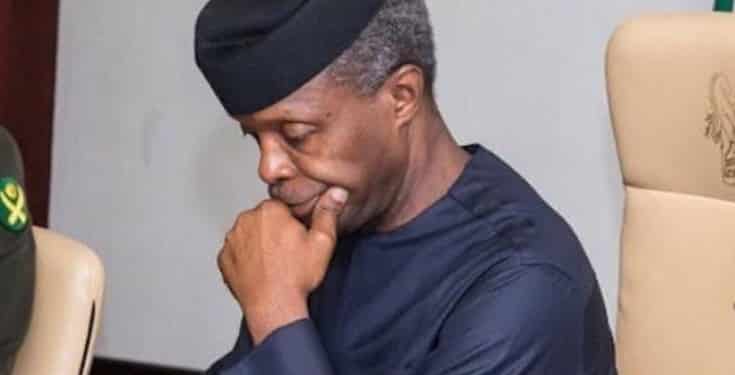 The convoy of Vice-President Yemi Osinbajo was involved in an accident en route to Nnamdi Azikiwe International Airport, Abuja, on Friday.

The vice-president was said to be heading to the airport ahead of a flight to Lagos when the incident happened.

Laolu Akande, spokesman of the vice-president, later issued a statement to confirm the incident.

“With grief in our hearts, we announce the death of one of the police escort riders on the Vice President’s convoy, Inspector Ali Gomina, aged 45, who was involved in a road accident while on official duty today,” the statement read.

The accident occurred on the road to the Nnamdi Azikiwe International Airport. The Vice President, who is greatly saddened by this occurrence, has aborted the scheduled trip.

The Vice President described Gomina as a diligent, hardworking and serious-minded officer who will be greatly missed by the team. He is survived by his wife, children and relatives.”