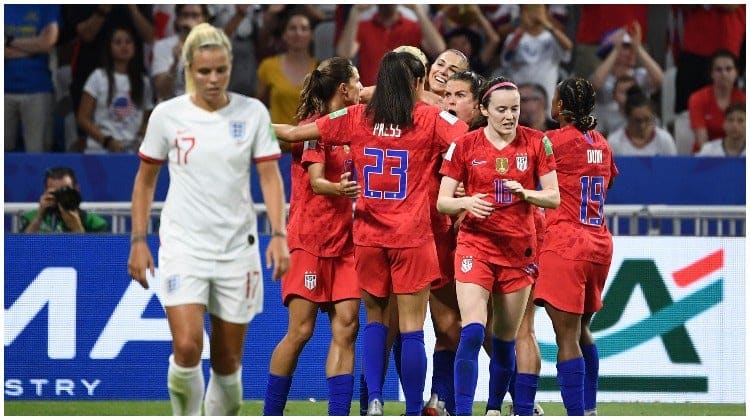 The United States made it through to the women’s World Cup final on Tuesday after they beat England 2-1 in the last four in Lyon.

Jill Ellis’ side will face either Sweden or the Netherlands on Sunday thanks to first-half headed goals from Christen Press and Alex Morgan, which cancelled out Ellen White’s 19th-minute leveller.

England, who were reduced to 10 women when Millie Bright was sent off with six minutes left, were eliminated after White was denied her second goal by VAR for a tight offside call and Steph Houghton missed a penalty with six minutes remaining.