Home News US Embassy speaks on denying Nigerians visa, tells them what to do 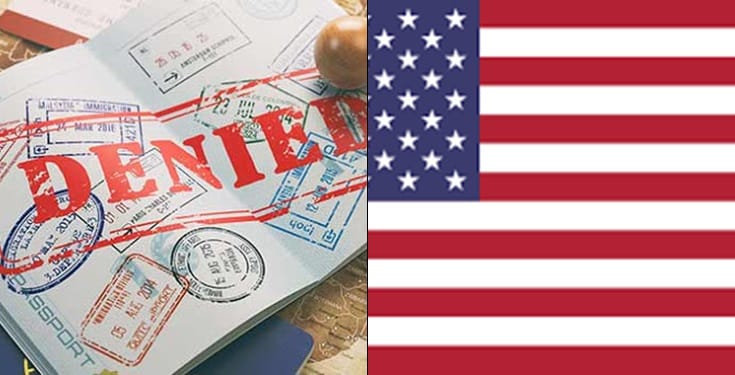 The US Embassy has stated that it doesn’t enjoy denying Nigerians visa. The embassy made this known in an effort to correct ‘alleged anomalies’.

Nigerian have now been asked by the US Embassy to follow a Live Facebook on the issue on Wednesday 2pm.

Contrary to popular opinion, visa officers do not enjoy handing anyone the 214b refusal letter.“Proof: Visa Officers will be live on Facebook to talk about some of the commonly misunderstood questions on the DS 160 and help you improve your next application.”

Some Nigerians, however, stormed the page’s comment section to disagreeing with the embassy’s statement.

A certain Akufai Valentine Jonah  recalled how he was denied a visa despite obtaining a scholarship in 2013.

“I had a terrible experience in 2013. I got a  scholarship to attend a conference in Denver but  I was denied a  visa . I was not angry because I was denied visa. I was angry with the disrespectful manner  the consular officer spoke to me.“Imagine giving one that refusal letter and you are told ‘off you go’ without any tangible explanation. After reading the letter, it states that I don’t have strong ties to my country either through being married, neither do I have a job. Back then I  worked with an NGO and it was clearly stated in my application form. I have forgotten the third excuse. “I just laughed and left, I know people who were  single then and are still single today that have got US visas. I know people who have no jobs but have got US visas. I  know people who had zero travel records but were granted US visas. Since that episode I  have never ever applied for a US visa because I don’t have any business there for now.”

Adaobi Emmanuella Njoku wrote, “Contrary to what you just posted, I think and believe they actually do enjoy it because they act like they know it all and still end up giving visas to people without genuine intentions.“I can’t wait for Wednesday to come because I have already prepared my questions. They will explain to me how it is possible to deny a person a visa three times with three different reasons at different times when the form was filled exactly the same and for the same purpose: for a medical trip to help save one’s child. I can’t wait for Wednesday.”