Officials of the Nigeria Immigration Service (NIS), accused of extorting a 14-year-old girl who was travelling alone to Canada have been found guilty of the allegation. 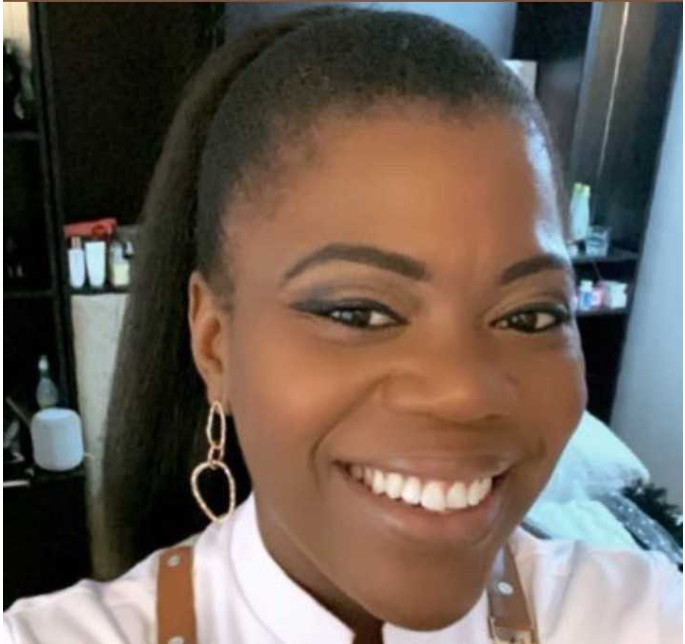 Recall that on 19th February, 2022, a distressed woman had called out the NIS while alleging on Twitter that some of its officers took all the money on her teenage daughter.

She had said: “My 14 year old daughter, FOURTEEN, is traveling by herself.

“Immigration took ALL her money before they let her go. They took money from a fucking 14 year. Didn’t even leave her with 1kobo or 1 thousand naira so she can buy food while she waits. How WICKED!!!! @FAAN_Official.

“Whoever was involved, you will die in penury! Your joy will turn to ashes! You will plant seeds and harvest thorns that will tear your flesh!

“Since you people want to focus on the unimportant, airlines don’t provide unaccompanied minor services for connecting flights. Only direct flights and as she is coming to Canada…

“They do however provide supervision on the flight and sit kids together. Now that’s clear.”

Barely a month after the allegation against the NIS officials, a letter from the Federal Airports Authority of Nigeria (FAAN) dated 18th March, 2022, and shared by a Twitter user @AyoOyalowo reveals that the officials have been severely punished while the money extorted form the teenager is refunded.

The letter titled, ‘RE: ALLEGATION OF EXTORTION OF PASSENGER AT MMA,’ reads: “Following a tweeted allegation on the 19th of February 2022 by the mother of a 14-year-old girl travelling on Lufthansa Airline that two officials of the Nigerian Immigration Service extorted the sum of eight thousand naira from her daughter, a team of FAAN Aviation Security officers were commissioned to investigate the allegation.

“Upon investigation, they found the allegation to be true, as the officers involved were identified with the help of footages on our CCTV facility, and the cooperation from the Nigerian Immigration Service.

“Consequently, the officers were made to refund the exact amount collected from the passenger.

“Their On-Duty Cards were also withdrawn permanently, and they have been banned from working in any Nigerian airport, to serve as deterrent to others.

“We would like to commend the mother of the child, who has confirmed receipt of the money, for deeming it fit to escalate the case, and assisting us tremendously in the course of our investigation.

“Also, we would like to express our appreciation to the Comptroller of Immigration, MMA and her team for her cooperation and support in addressing this issue. The Authority will continue to identify and sanction any airport official (including FAAN officials) found to be extorting passengers or perpetuating any act of illegality at our airports. 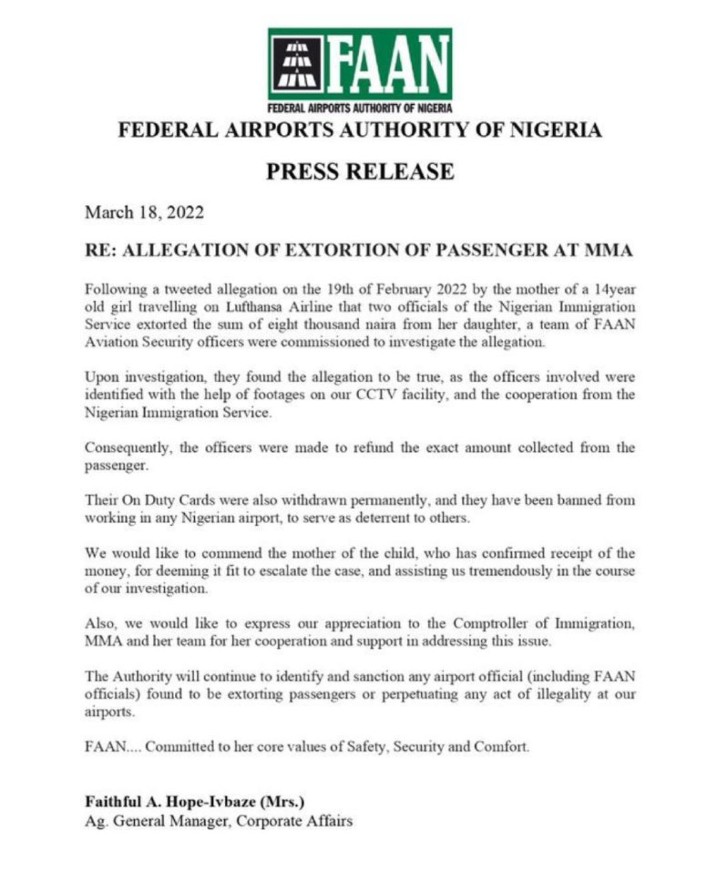 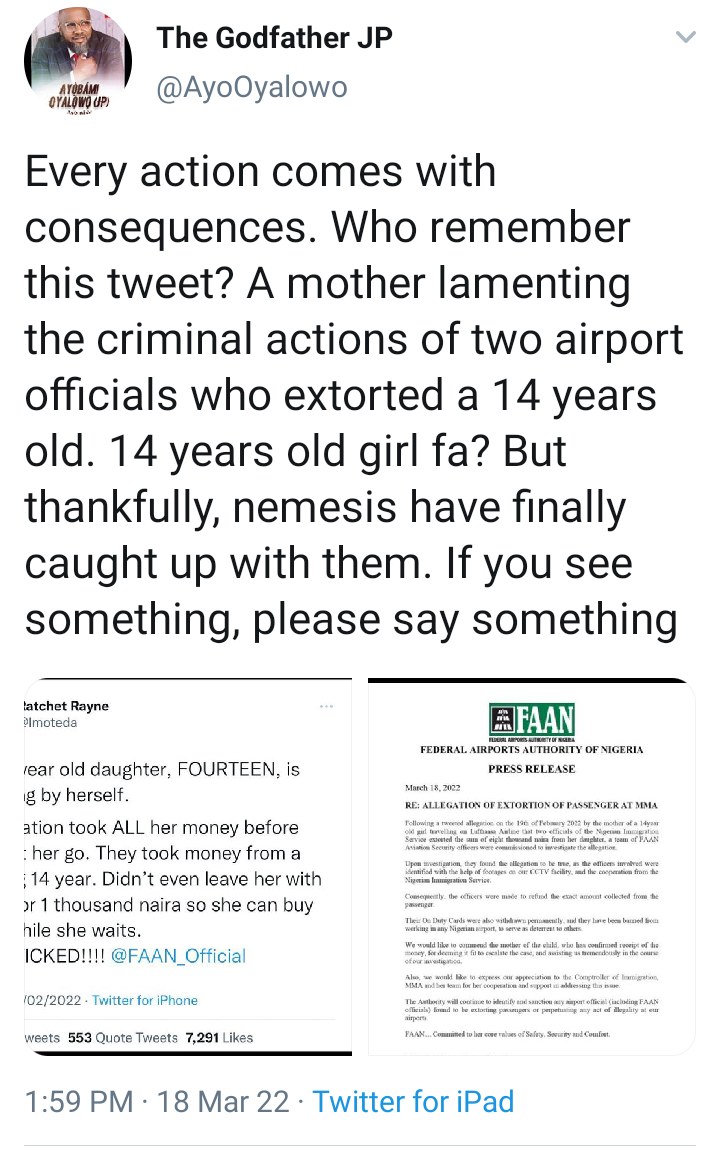