A university student has escaped death by a hairsbreadth after his room’s ceiling collapsed. 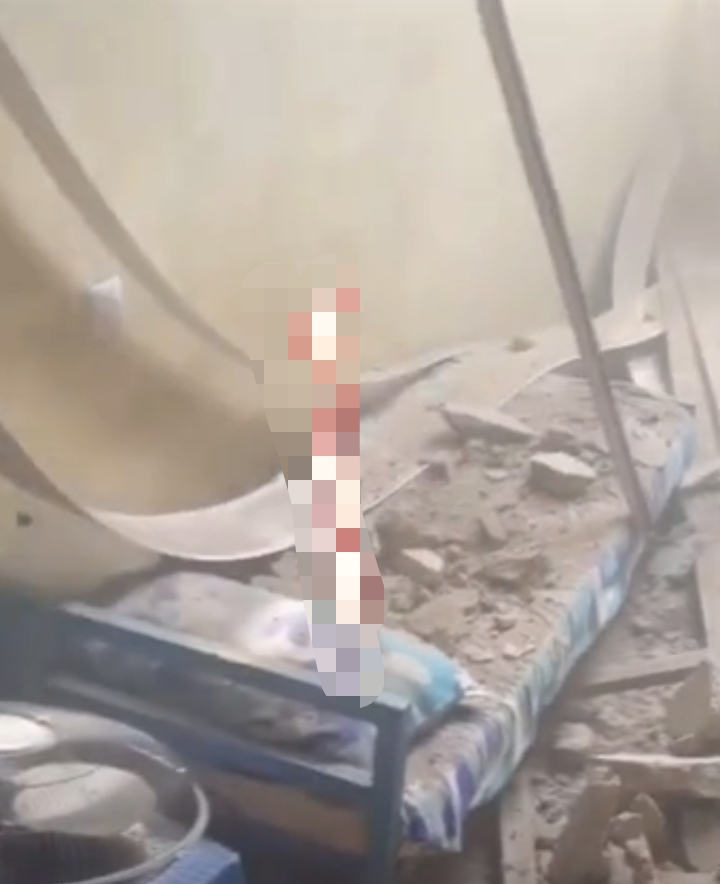 The occupant of the room had been sleeping in the room but had managed to escape before the ceiling came tumbling down into his room.

The students who captured the incident expressed their shock over how lucky the occupant was as he escaped being crushed by the fallen ceiling.

According to reports, the incident occured at Leadcity University, Ibadan, Oyo State.

Social media users have reacted to the video as some claimed that such an incident is unbecoming especially for a private university.

“I want to know if it’s right to make love to my wife before...

Why I’m no longer staying away from politics – Erica

“If your parents are still alive, you don’t know what God is doing for...

I’m misunderstood and the reason is that I have never really given anyone a...