A Twitter user identified as deshola has recounted her experience with the wife of a man that is wooing her. 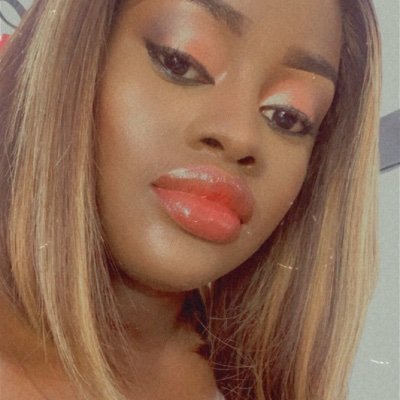 The lady revealed that the married man had been pestering her, trying to woo her into liking him so she decided to tell his wife what the husband has been doing.

On telling the wife, she simply dismissed her off by telling her, ‘men will be men’.

The lady stated that she hadn’t felt so embarrassed the way she did after the wife said that.

“This married man has been pestering me for a while now and I decided to tell his wife yesterday. She said ‘men will be men’. 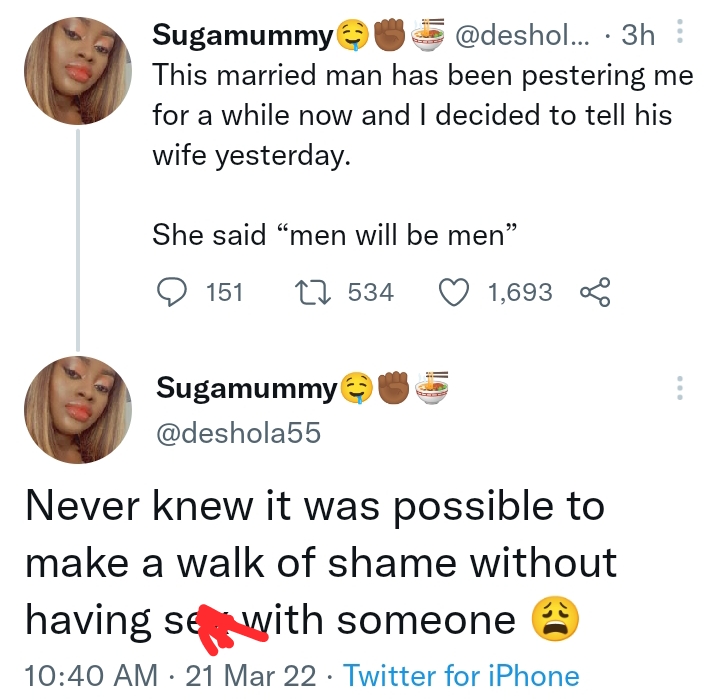