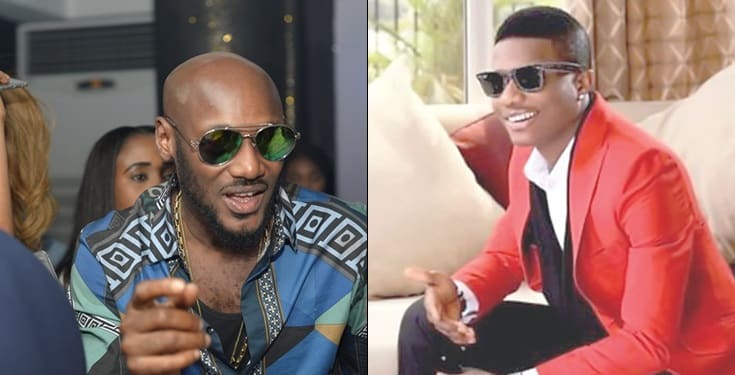 Twitter is abuzz as fans have taken to the social media platform to argue over the way Wizkid greeted Tuface at Patornaking’s album launch held last night.The singers had attended an event by Patoranking and ran into each other with Wizzy bowing and greeting the music icon Tuface.

This, of course, did not go down well with many who felt Wizkid did not properly greet Tuface as they expected that the former should have either started or done something more ‘respectful.’

Aaaaa…this greetings is enough now
His 2baba his Grandpa that Wizkid will prostrate ??

Some of u don't even greet ur parent like dis??
Starboy ? pic.twitter.com/LUh1ySGw6e

Check out some of the savage comments below;

When we say Wizkid is arrogant, his fans will call us haters. How can you greet 2 baba like that?
To even see that he looked away after shaking pato, then 2 baba had to stretch his hand to shake him. SMH pic.twitter.com/MiIpccEs5U

I hope this video clears your doubt….

People are mad ooo .. How else do yall expect wizkid to greet 2baba more than that?

Kiss is shoes?
Lick is shoes? Or what? Prostrate Flat?????