The Defunct Plantashun Boiz group that once consisted of Tuface, Blackface, and faze finally quash their differences and reunite in honor of their late friend, Sound Sultan. 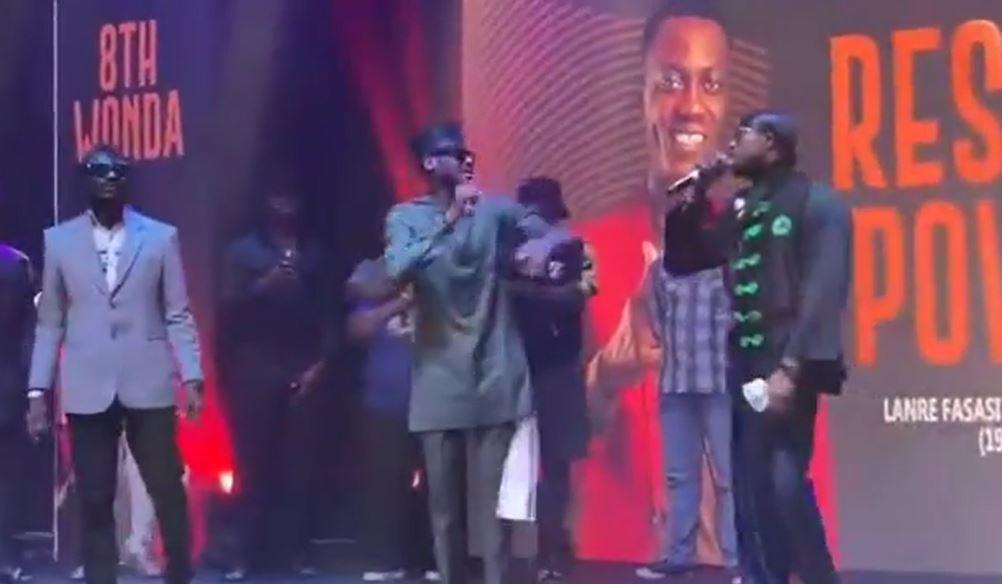 A night of tribute was held in honor of the late Sound Sultan in Lagos. Celebrities, friends, and family were all in attendance to celebrate his legacy on earth.

In the course of the event, The trio was to perform in honor of the late Sound Sultan together on the stage. They performed one of their songs released together as a group.

However, at the end of the performance, they clutched themselves in a warm and tight embrace. Thus, quashing their long-term beef in the entertainment industry.