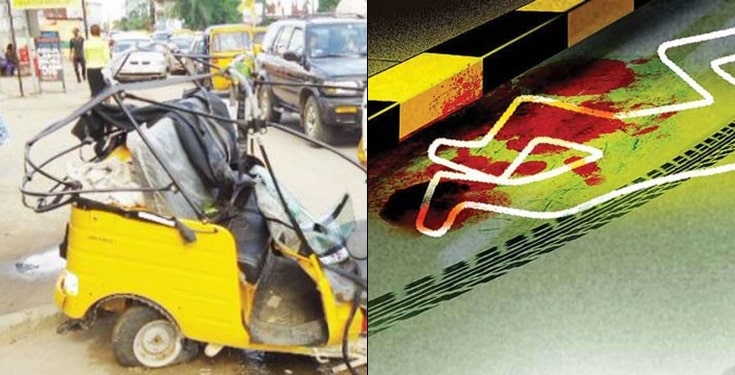 A student at the Faculty of Science, University of Ibadan, identified as, Balkis Adeniyi, has been killed by a truck moments after she paid her school fees.

Balkis Adeniyi was involved in an accident that occurred on Mokola-Oyo Road in Ibadan, Oyo State, on Friday.

Eyewitnesses said the accident also left two other victims seriously injured as a tricycle popularly called Keke Napep, rammed into a waste disposal truck at Leventis area of Sango in the metropolis.

The accident occurred around 9:30am while the student was returning from a bank where she had gone to pay her school fees. The police gave the number plate of the tricycle as RU 152 UP and described the truck as ‘MARC LAMMERTYN’. An eyewitness, Bamgbose Omobola, blamed the crash on speeding on the part of the tricycle driver, adding that the victim (Adeniyi) died immediately after the accident.

“the lady was coming from a bank at Ajibade where she had gone to pay her school fees. “Her phone and bag were recovered. When the bag was searched, her school identity card was found there. She was a student of UI. We contacted her parents. The two other victims who had injuries in the heads and legs had been taken to a hospital for treatment.”

“Yes, it was true. “The Divisional Police Officer, Mokola Police Station, confirmed it to me and we have commenced investigation into the matter.”