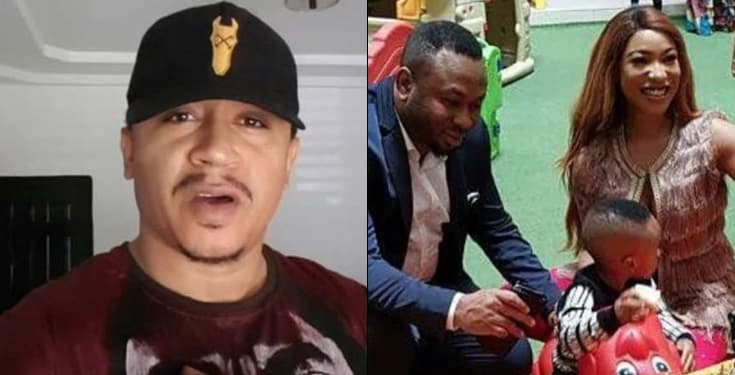 Media personality, Daddy Freeze has said Tonto Dikeh’s son will not be in any way affected by her recent rants and interviews on various platforms.

In a video he posted on his YouTube channel, the OAP mentioned that in years to come, there will be a different perspectives on how a family is run and people will no longer relegate women to the background as their will more enlightenment on why a woman should be vocal about happenings in her home.

He further said she will only be considered a hero.

Those saying her son will be affected by her speaking out are only clowning around, afraid to let go, despite the world’s visible evolution.

They are, as a result of a flawed moral compass, creating forlornly, a deluded make believe world, as an odd in between compromise, between their reality and their delusions.–

In the actuality of the new world we are all creating, she’ll be a hero, so deal with it! ~FRZ

Recall that Tonto Dikeh had granted series of interviews ridiculing her ex-husband on the internet and even went as far as saying he was a 40-seconds man.

Her actions however drew criticisms from various quarters as some people argued her son will be affected in the future and ashamed of his mother’s action while he was a baby.

Emotional moment Fireboy broke down in tears of gratitude after performing at Wembley Stadium...