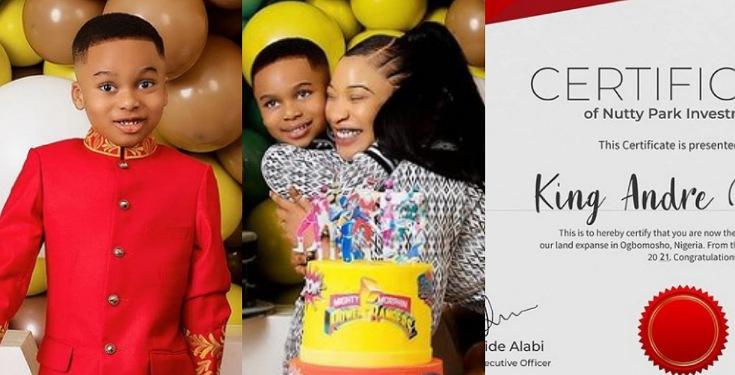 Nollywood actress, Tonto Dikeh‘s son, King Andre, has become one of the youngest farmers in Nigeria after he was gifted a cashew plantation on two acres of land. 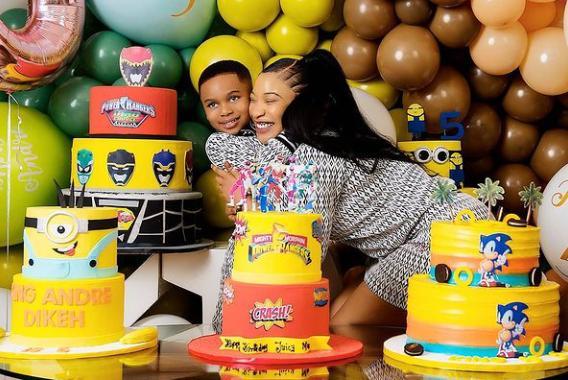 It’s barely 24hours after his fifth birthday anniversary which was held on Wednesday, February 17, and gifts are still pouring in for King Andre. 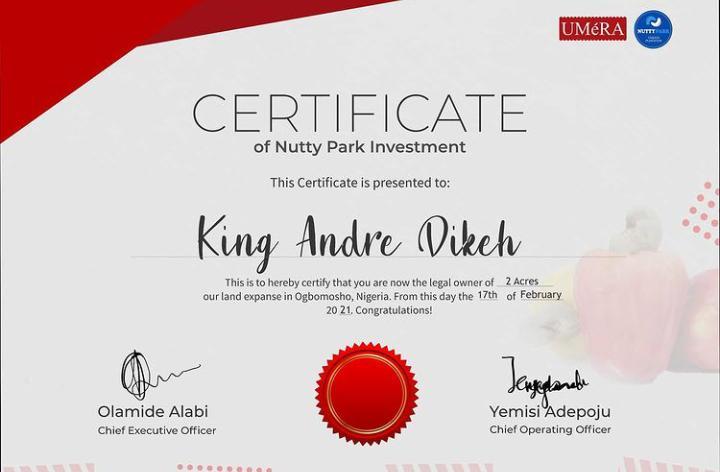 Recall the actress bought a Star and named it after her son, a birthday gift she later disclosed she spent over 4 million Naira to procure for him.

In her words; “ANDRE IS NOW THE YOUNGEST CASHEW PLANTATION OWNER COURTESY OF A BIRTHDAY GIFT FROM UMERA FARM..

“In commemoration to King Andre’s 5th birthday yesterday, @umera.ng with her NUTTY PARK INVESTMENT has presented a certificate which certify @kingandre_dikeh as their youngest farmer and proud owner of 2 Acres of Cashew Plantation in their site situated at Ogbomoso in Oyo State which is a gift from them to kingy 🤸‍♀️🤸‍♀️🤸‍♀️.

“This is indeed a lifetime investment and a great economic birthday gift to Andre my son. Congratulations to you SONSHINE King Andre Dikeh.

“AND THANK YOU FOR THIS AMAZING GIFT @umera.ng @mrspreneur
I AM INDEED SHORT OF WORDS… GOD BLESS YOUR CROPS, LIFESTOCK,STAFFS,IDEAS, PROJECTS, FAMILES AND ALL YOU OUT YOUR HANDS TO DO..I AM GRATEFUL, STILL COMING TO GET MINE @umera.ng 💃💃💃💃💥🥂🤸‍♀️🤸‍♀️🤸‍♀️🤸‍♀️🤸‍♀️”