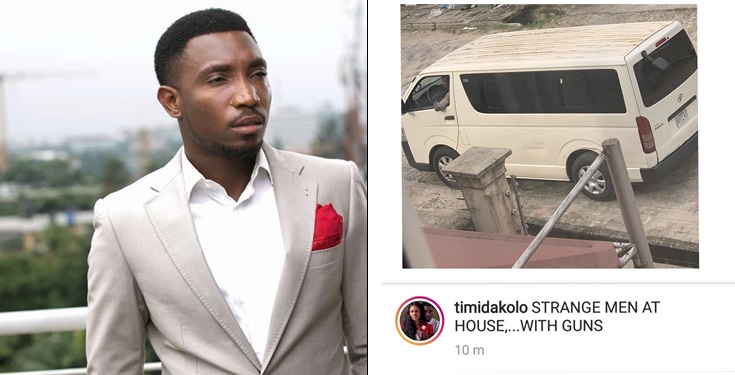 Timi Dakolo whose wife Busola, recently filed allegations against COZA pastor, Biodun Fatoyinbo has raised an alarm on his Instagram page this afternoon.

He shared a photo and said strange men with guns are currently keeping watch in front of his house. His followers have advised him to call the police.

However, singer Ruggedman reached out to police PRO and commander of RRS,and policemen where sent to Timi’s house to forestall danger.

ALSO READ:   “Ned took you away from me” – Regina Daniels brother says

“We reached out to the police PRO and commander of RRS. He says his boys r there outside your house n the white bus has gone. U can go down n talk to his boys.” Ruggedman said. It was also reported that the plate number of the bus is invalid.
See photo 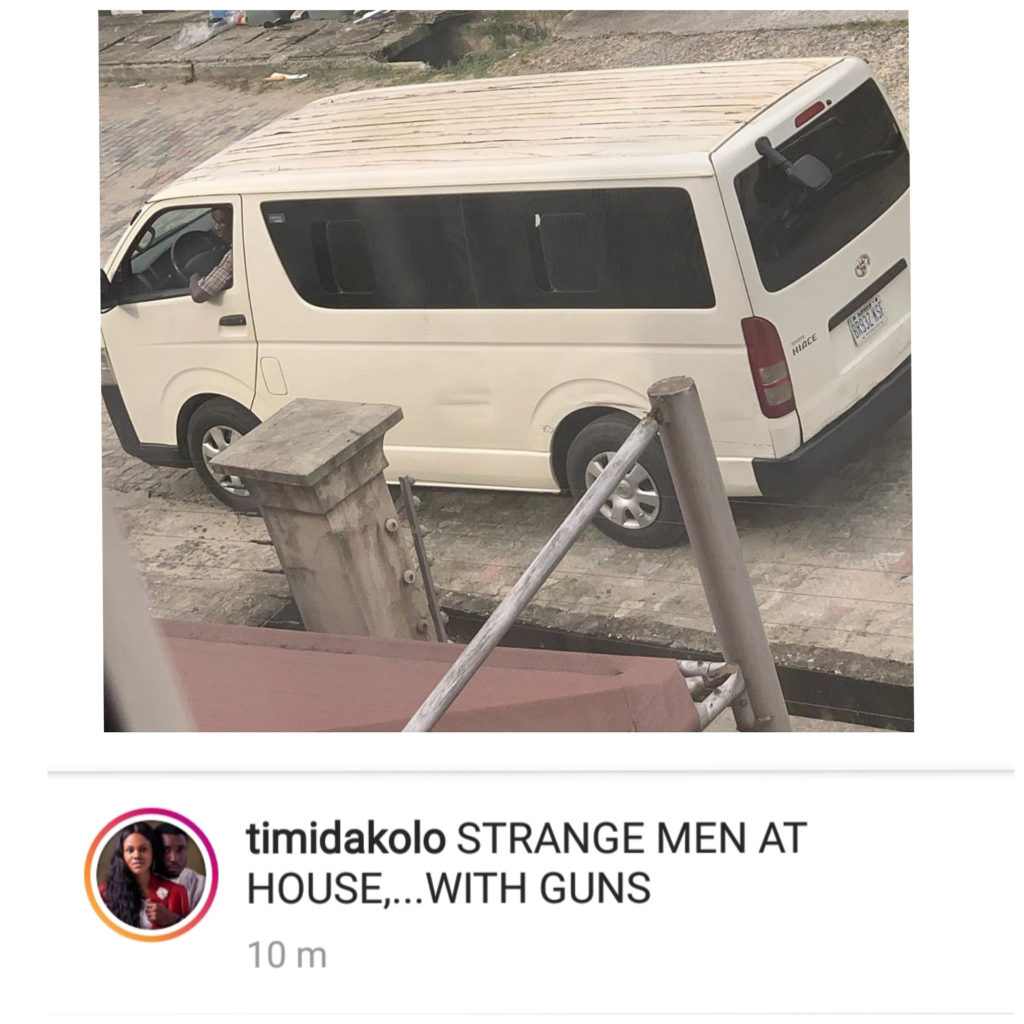