Machete wielding hoodlums attacked an Igbosere High Court in Obalende and reportedly carted away so many valuables. 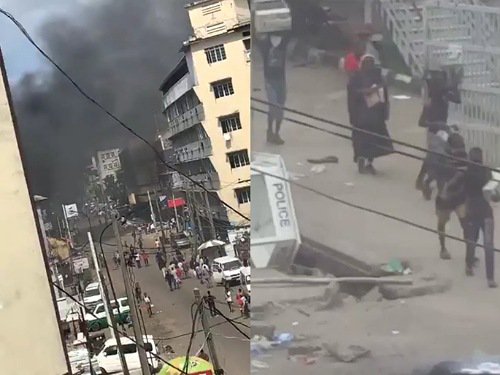 This is coming after scores of reprisal attacks and mob activities were reported in different parts of Lagos state and Nigeria today following the shooting and killing of Unarmed #EndSars protesters by Nigerian Army soldiers in Lekki Toll Gate on Tuesday night, October 20.

The Lekki killings have now attracted condemnations from local and international scenes.

In a video now trending on social media, one of the thugs could be seen dressed in a judge’s robe and wig, wielding a machete.

Online sources have it that after looting the court, the hoodlums set the court building on fire.

See a video from the scene below;