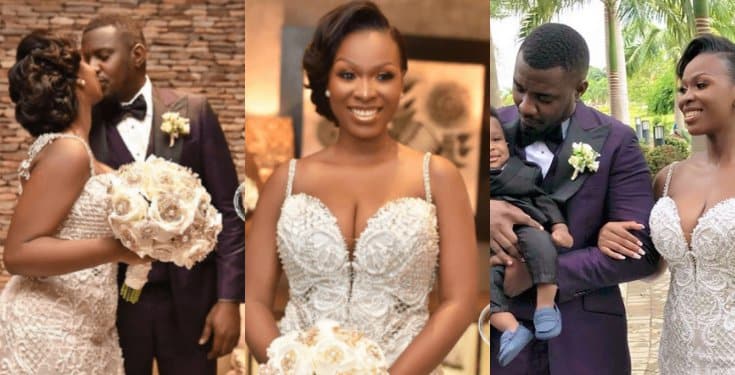 John Dumelo’s wife, Gifty Mawuenya blasted a fan for saying her marriage to the Ghanaian actor irritates him so much.

This was after Mawuenya posted a photo of herself, mother and father taken during her wedding ceremony on Instagram.

The wedding which was well attended by stars far and wide didn’t sit well with the troll who posted a comment on the picture stating:

“I don’t know but this wedding irritates me so much, no had feelings tho I just don’t know why… sorry”.

“I don’t know why but I think this is certainly the highest form of witchcraft … thank you”.

John Dumelo and Gifty got married last weekend after they had their traditional wedding last year and welcomed a child shortly after.