Popular TV presenter, Stephanie Coker laments on the immorality of the ‘woke’ generation as she expresses discomfort with how prostitution is now a normal hustle. 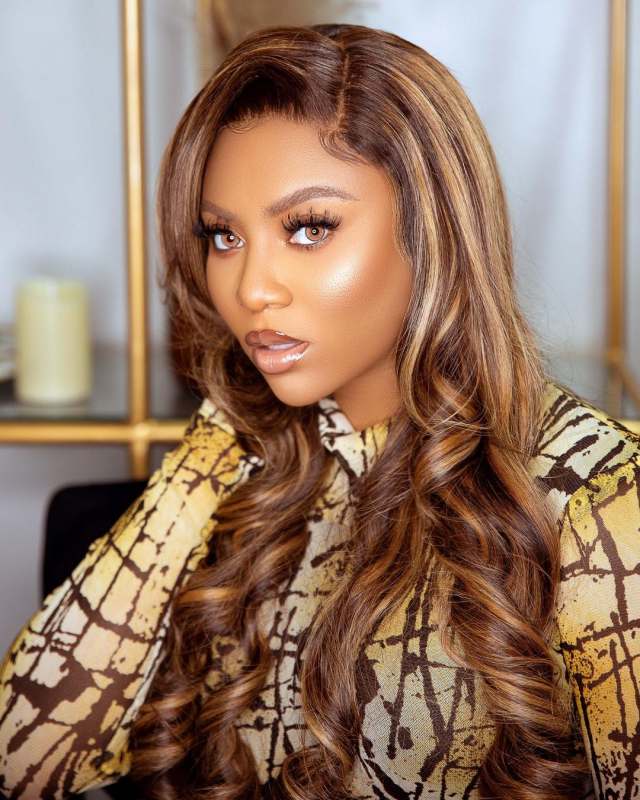 In a recent outburst on Instagram, the On-Air personnel took to her Instastory to call out the idea of an ‘independent woman’ which is now a tool for unspeakable immoral acts.

“It’s actually crazy how this generation have in a sense normalized prostitution, I’m not on a moral high horse or anything but if we are being honest…. Or is that the Destiny’ child ”Independent women” generation were scammed? I’m trying to be objective but,” Stephanie Coker wrote. 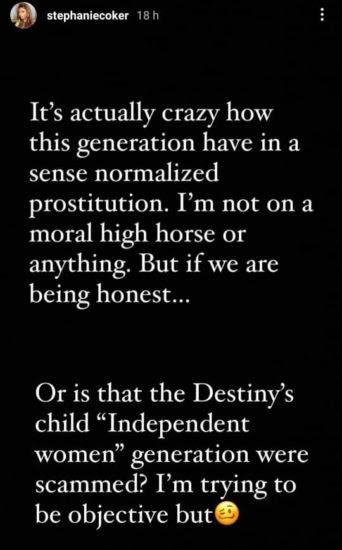