Home Viral News “The oxygen around me seized” – Man express shock over message he... 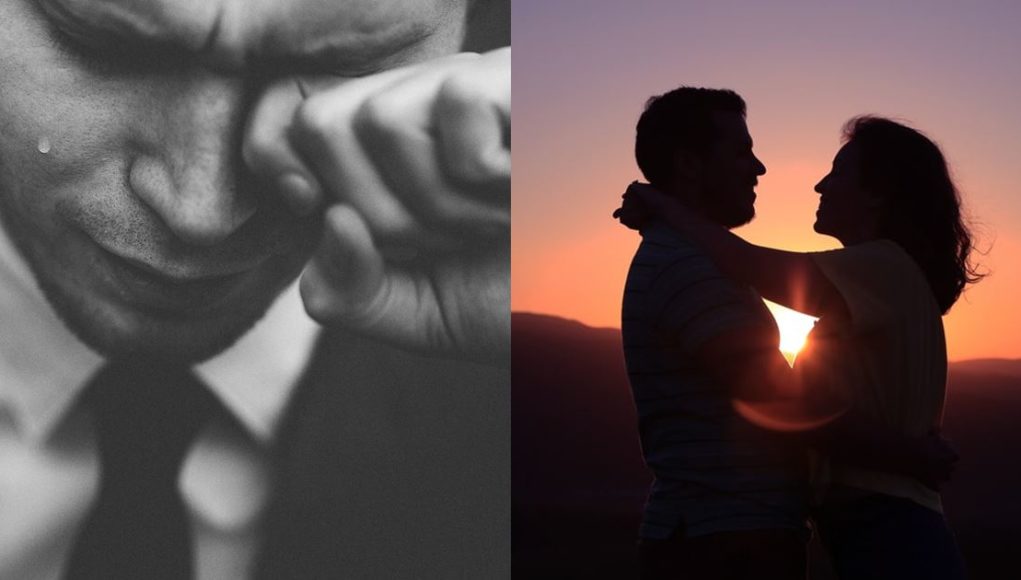 Twitter user express shock over the message he saw immediately he unlocked the phone of his girlfriend who seemed to be cheating on him. 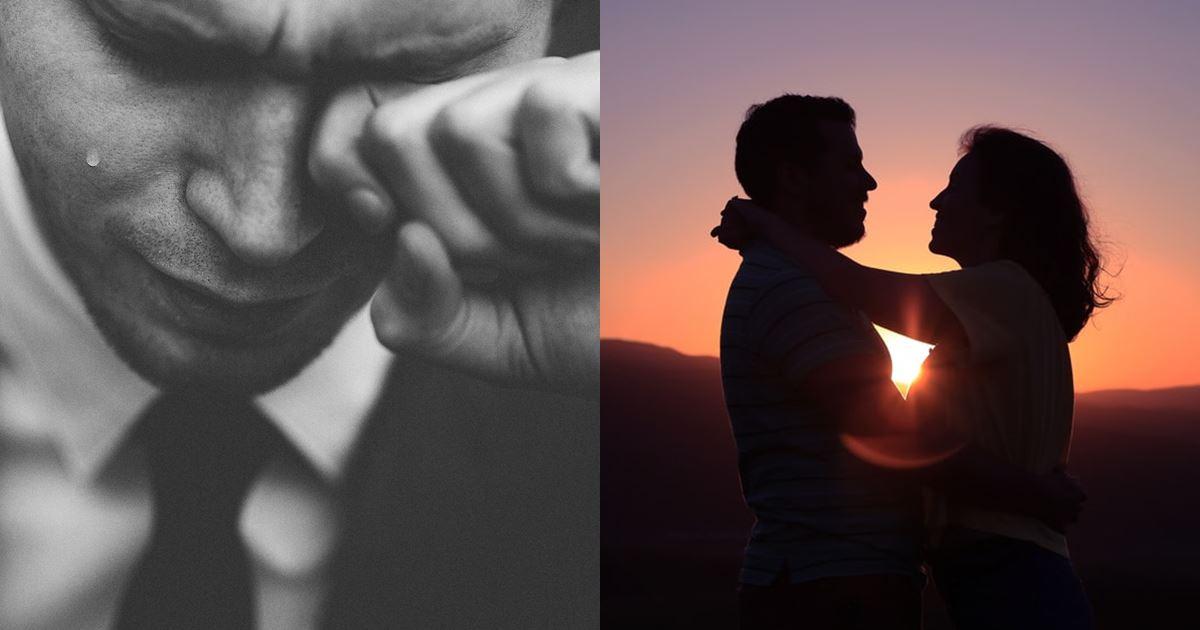 According to the man identified by his handle as @N0tHuman_, he secretly unlocked his partner’s phone only to see a message from a guy who was lauding her for putting on white panties.

He further revealed that out of disappointment coupled with intense shock, he almost developed a heart attack.

E be like say oxygen finish around me. Chest tight, I no fit breathe.” 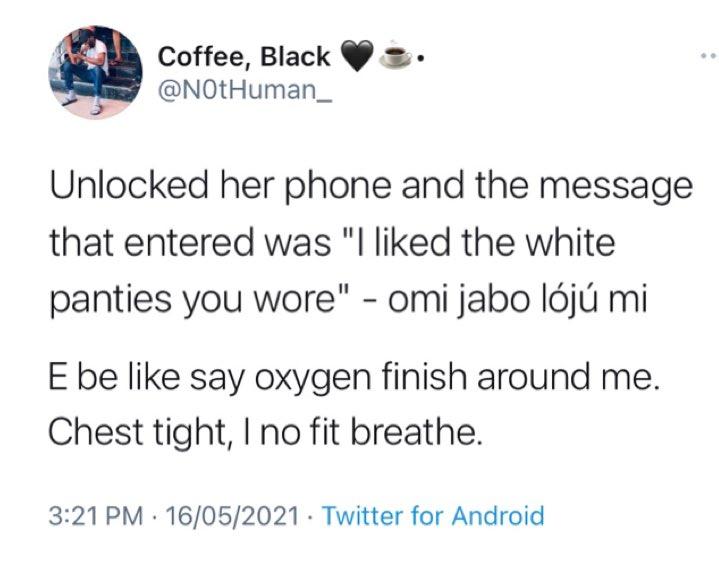