Home Viral News “I’m scared to tell my girlfriend I love her because she can... 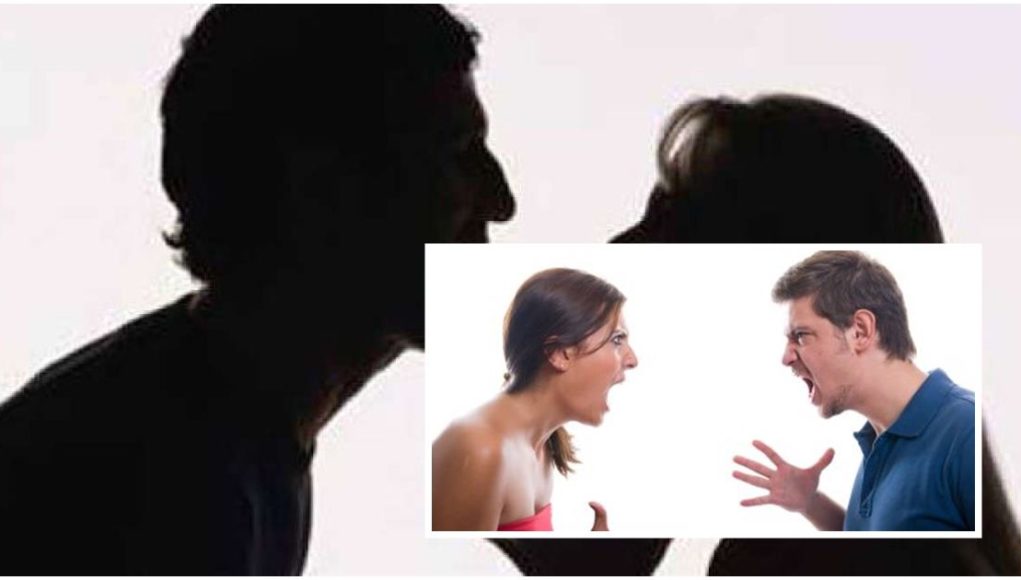 A man has disclosed the friction existing between him and his girlfriend especially when it comes to music and using the right language while addressing each other. 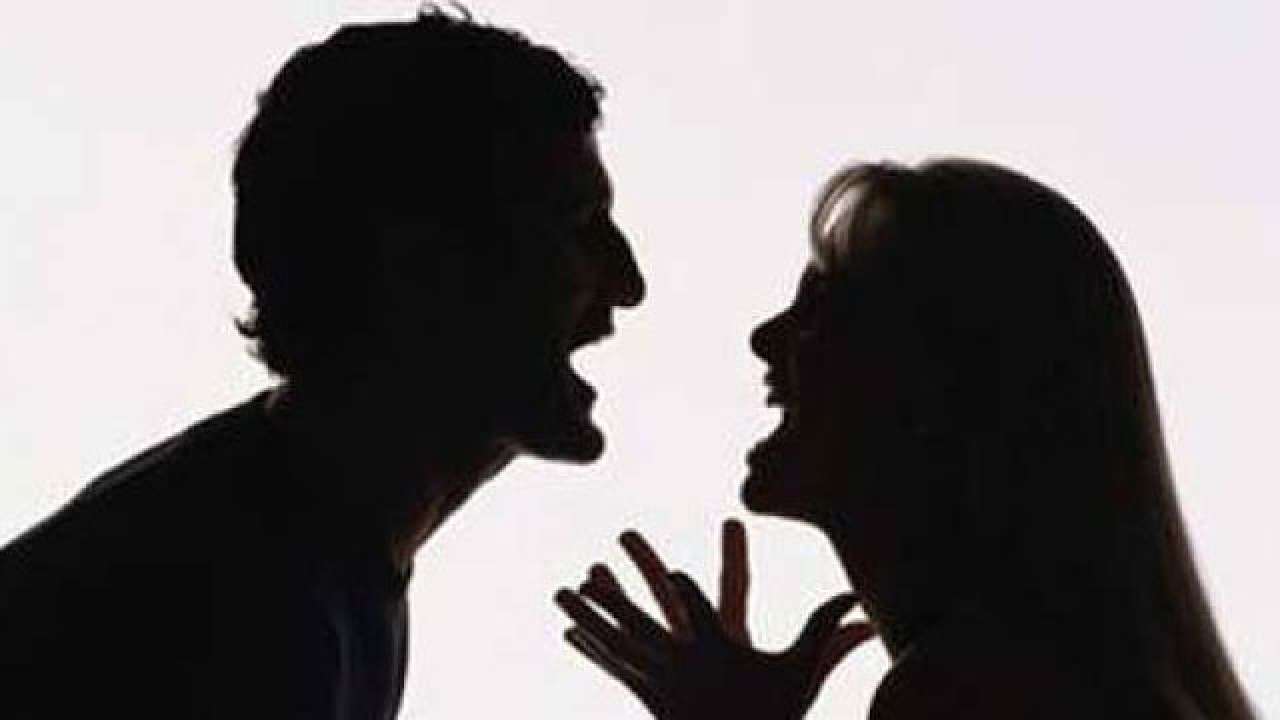 “My girlfriend of 7 months we have issues. I like rock, classic rock, and RnB music. She loves Afro beats and Yoruba music. My mom is Yoruba but I don’t speak so well. When I the type of > music I like she will say I’m dulling her mood. But joro who listens to pasuma at 3 am in the morning? She will be dancing and singing along. She says I’m forming fresh and foreign. On vats day I did this whole romance montage for her with music she said why I’m using foreign music that she doesn’t know. It upsets me. She says e restrict my airflow for romance gestures. It’s annoying.. I think it’s her friends.

She says e restrict my airflow for romance gestures. It’s annoying. I think it’s her friends. I am scared to tell her I love her because she can just say back to you. Or say ko Jo She is pretty she can cook she is cool but this her over ojuelegba behavior is annoying. I am scared to take her to my friends. She may something. Every small thing e choke. Na Desmond cause am. Am I wrong for trying to change her? Should I give p? Yes the one I hate the most is when I say I’m outside her place she will reply and say o sure , tugbasski who talks like this? Not all Yorubas are like This. Save me” 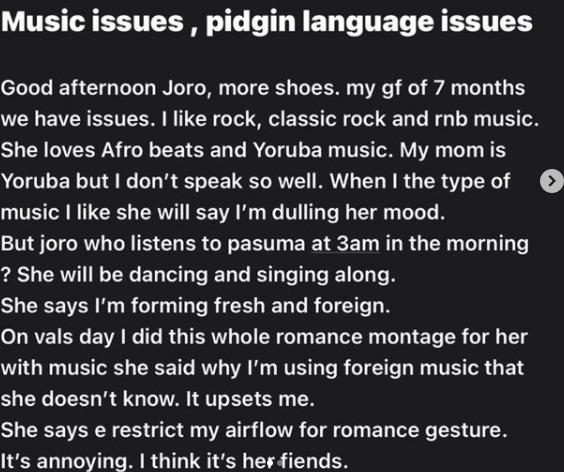 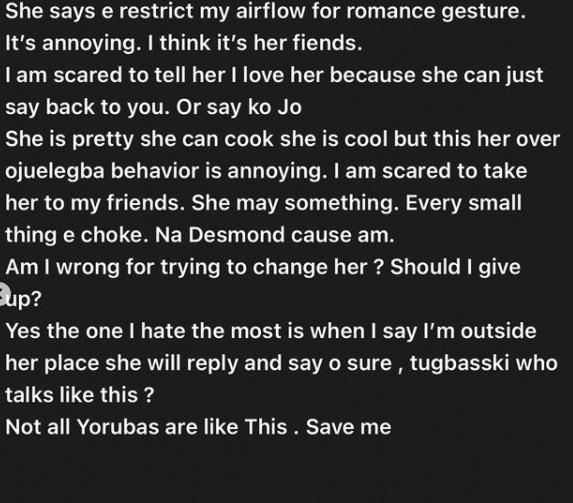