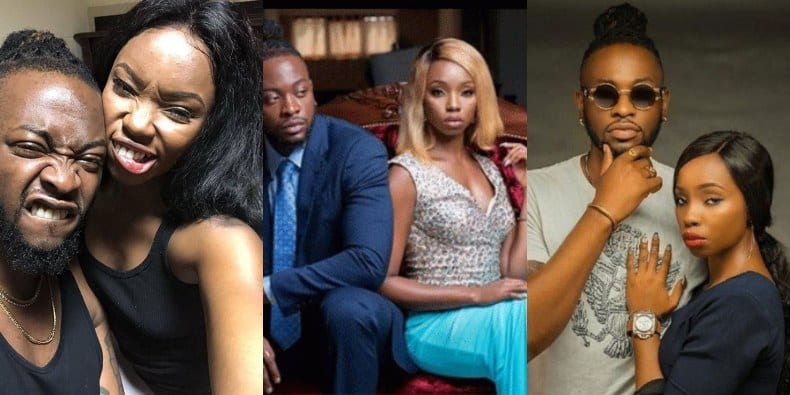 Teddy A took to twitter to blast popular blogger SDK over her inquisition to his affairs. Remember LIB reported he was getting married today; she place a call to him to confirm and that infuriated him.

“A popular blogger called me at about 9am this morning talking bout she wants to verify a story. Aunty how did you get my number? Why you dey disturb my sleep? I got no issues with all that but don’t call my line asking other foolish questions expecting me not to blast you.”

Today around 10am German time I put a call across to this man who is supposedly a reality star. I needed to do a story and wanted to confirm since I could not get his other half on the phone.

When he picked my call,the first thing I asked was if he could talk and he said Yes. I went on to ask him my question and he laughed and asked me if he was supposed to answer my dumb question. Note that i did not take offense. I told him it’s my Job as a journalist to verify stories and then he told me what I wanted to know after insulting all bloggers for writing that his intro to marry @bammybestowed was today.

Same reason I called to verify before I fall into doing a story that was false. he was so nice and I even complimented that he sound nice and then he began to yarn trash all of a sudden and I told him it took me a while to get his number cos everyone told me how nasty he was to people on the phone. I thanked him and cut the phone and moved on. I didn’t call him out Co’s I don’t do nasty. then I was told he had called out a popular blogger on Twitter and I went to check and it was me he referred to but was not on point …..

What a shame to want to go down this shameful route becos you feel I called u too early @iamteddyaYou could have told me you were not able to talk and I would have cut the call. I have nothing more to say to you. If you feel that I called you too early then please forgive me, I thought since it was a week day,serious people would be out working and not still in bed. Please forgive me.

Moving on now. I choose my battles very well becos when I fight, I FIGHT!!…..thanks for referring to me as a popular blogger even though you did not act like you knew me when I introduced myself on the phone. Your reference will probably help my career since you’re such a big super star. One love!!???

Ps. I asked him ONE QUESTION and not questions. …to confirm if today is his wedding intro or not and he said No it is not and he doesn’t know where the silly bloggers got that info from and I told him that was why I was trying to confirm so that i don’t also celebrate what is not happening.