Home Viral News Sylvester Oromoni: “You are not fit to be called a mother” –...

Businesswoman, Elizabeth Jack-Rich lambasts Dowen College’s Director of Students and External Affairs, Lami Phillips over her approach to the case of the slain student, Sylvester Oromoni. 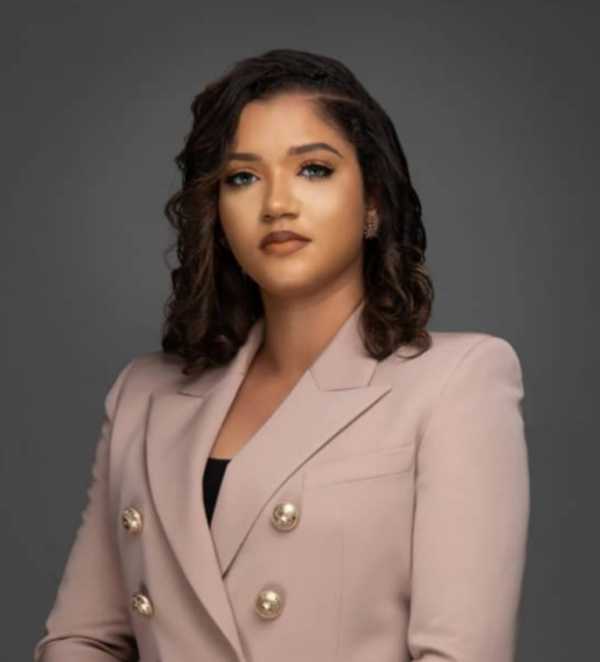 This is coming amidst the investigation on the death of the student who was beaten to death by his peers over refusal to join their cult.

Dowen College is owned by the parents of female singer Lami Phillips, who is currently the Director of Students and External Affairs of the school.

According to Elizabeth Jack-Rich, Lami did not handle the situation with concerns as a mother, rather, the entire institution took it with frivolity.

She further threatened to go after the school for trying to cover up the truth which is believed to be a common trait of the educational institution. 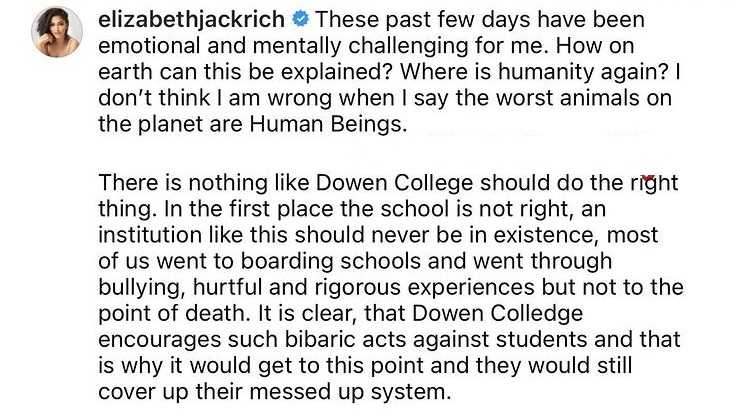 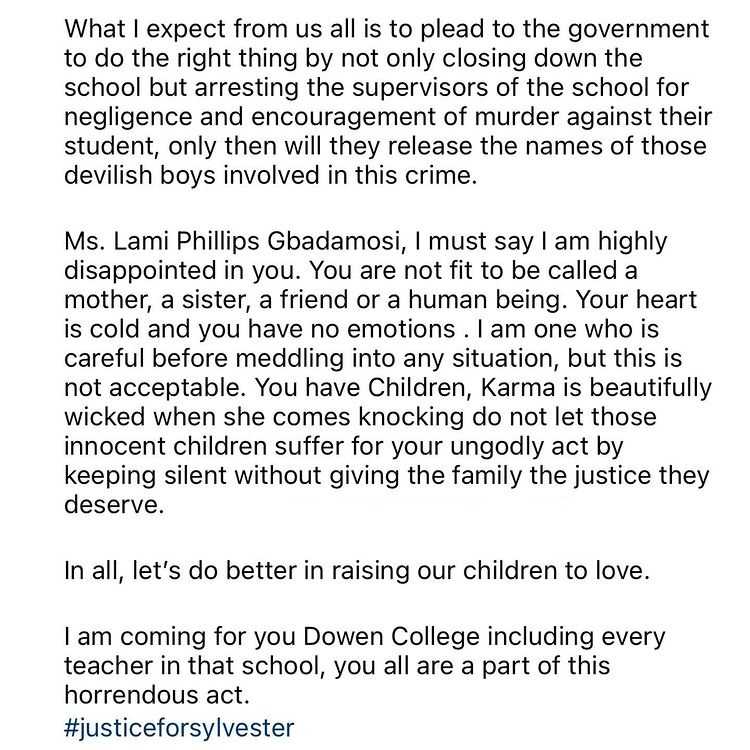