12-year-old Secondary Schoolboy has allegedly passed on after being beaten by his colleague in school over refusal to join their cult group. 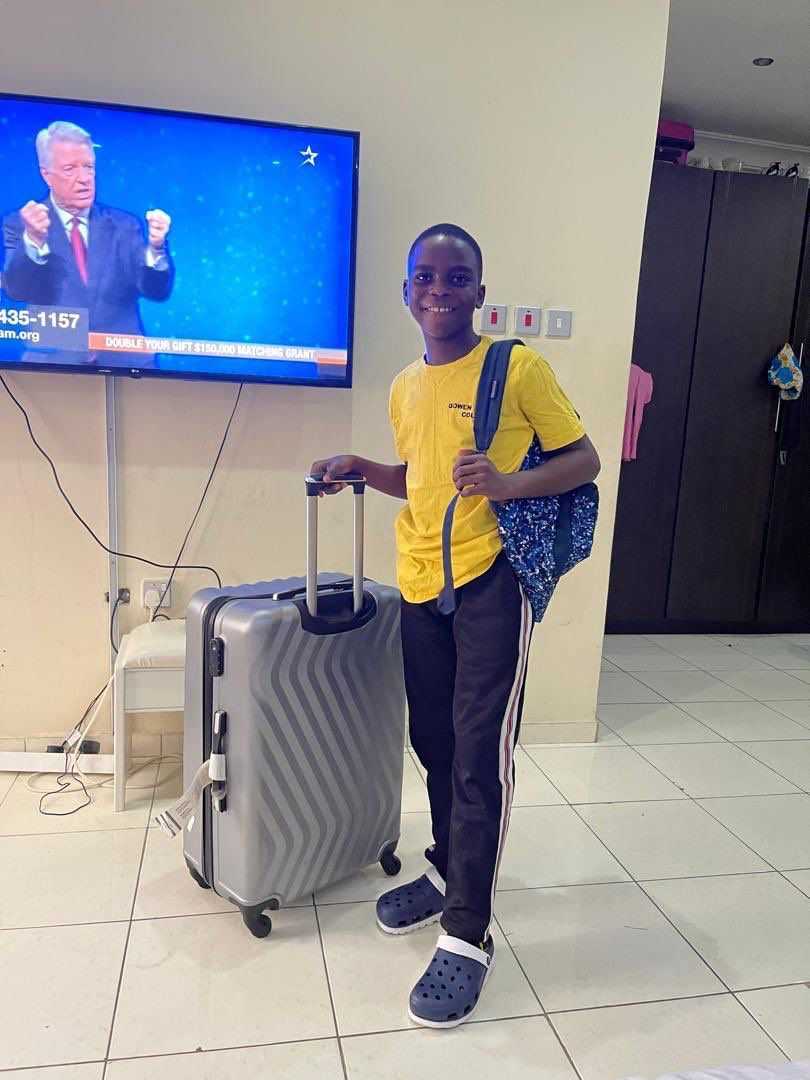 A narration by a Twitter user identified as @Perrisonoromoni whose cousin was the victim of the bully act stated that the boy died following the brutal attack at the school located in Lekki, Lagos.

Sharing a picture of the young boy, the victim’s cousin noted that he was able to name five of the students who initiated the attack before giving up the ghost.

“This is my 12 years old cousin that was beaten to death at a school that cost over 1 million naira. They tried to put him in cult, he refused and they killed him. Secondary school o. Dowen college is a disgrace. He mentioned 5 names before passing yesterday 💔,” the user wrote on the micro-blogging platform. 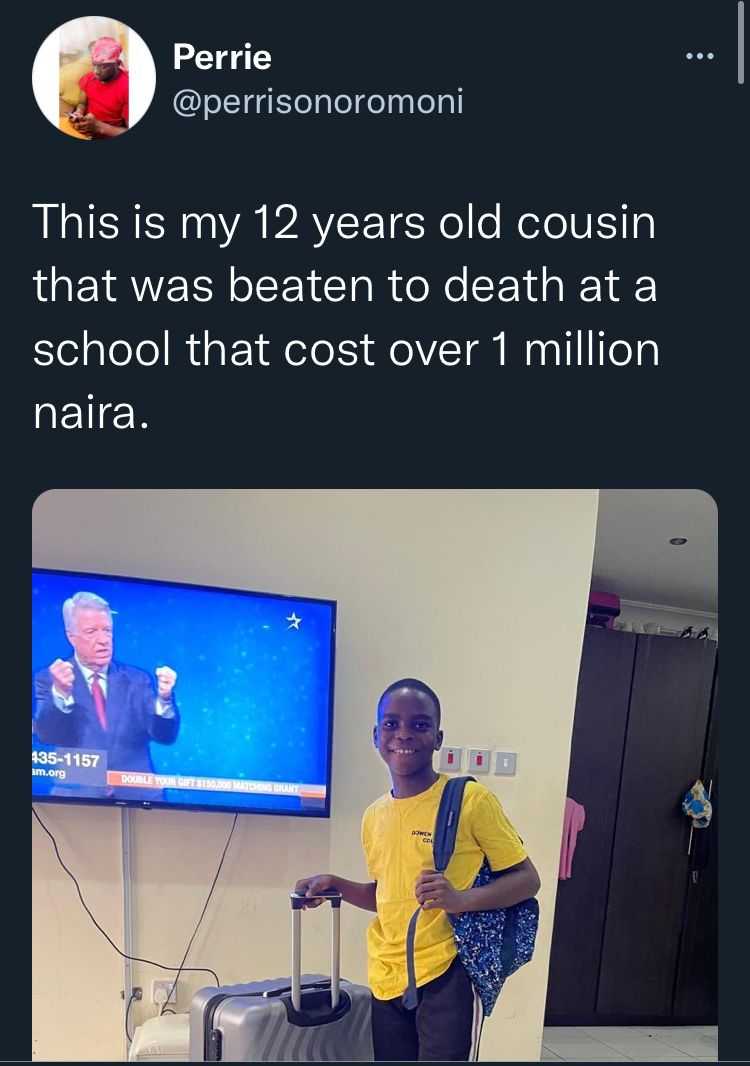 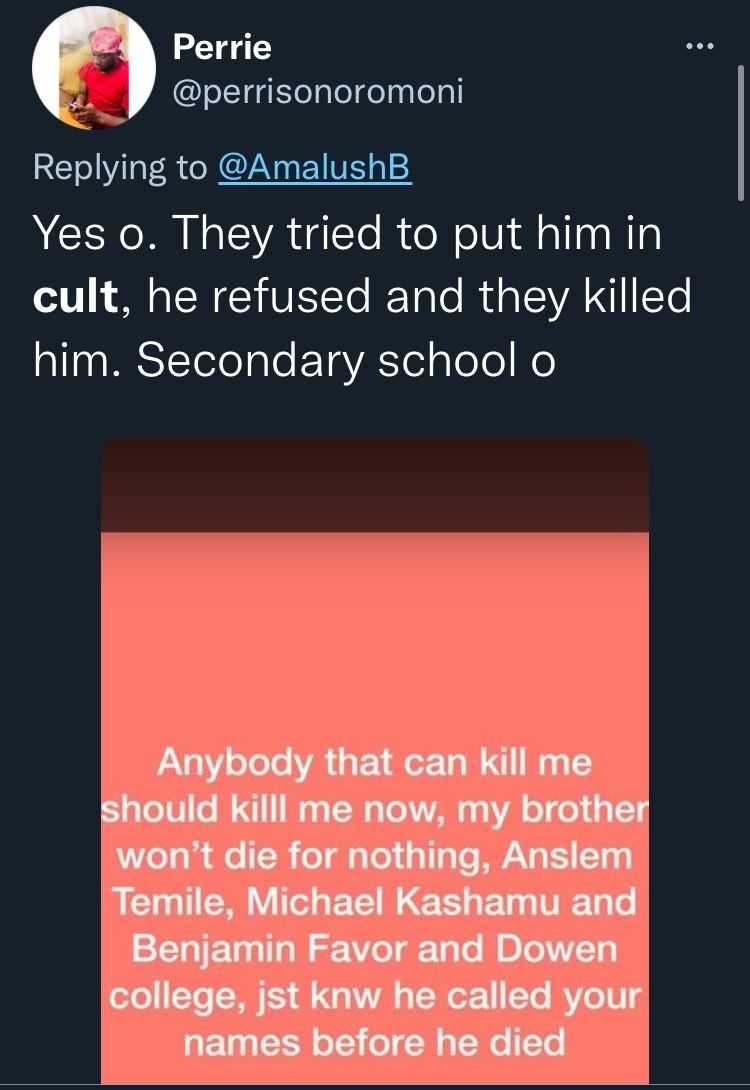 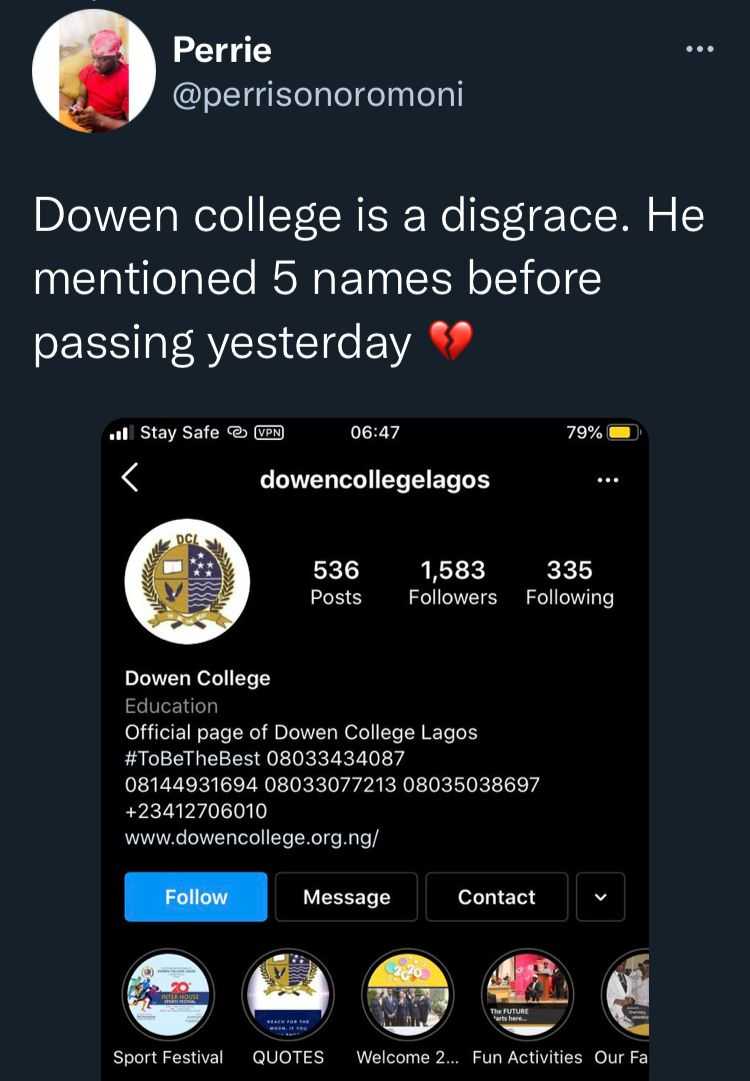