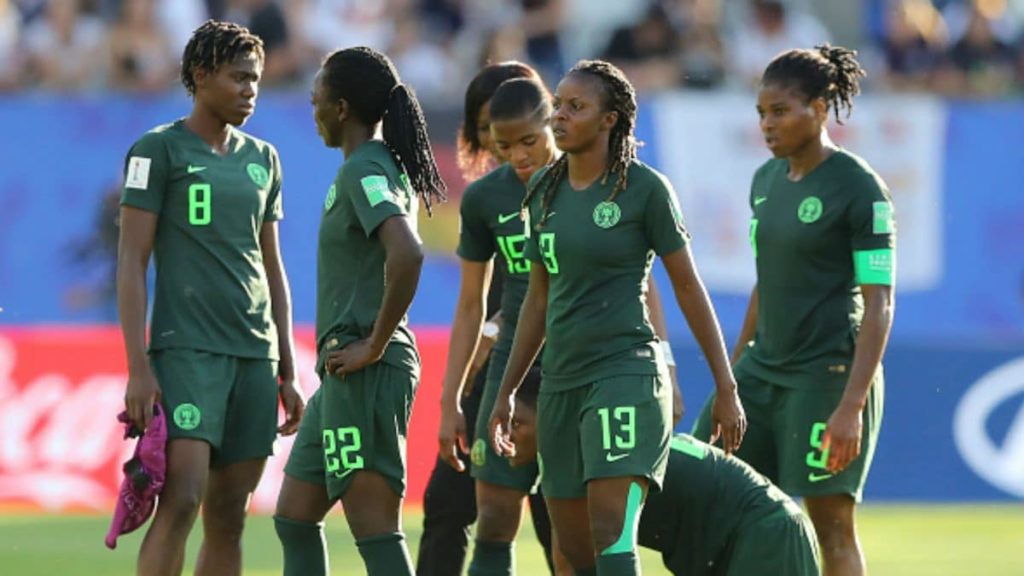 Nigeria’s senior women’s team will miss the Olympic Games for the third time in a row, after after playing a 1-1 draw with Les Elephantes of Cote d’Ivoire at the Agege Stadium in Lagos.

Both teams had settled for a scoreless draw in Abidjan on Thursday, meaning the Les Elephantes progress to the penultimate round of the qualification series against Cameroon on the away goals rule.

Nigeria’s Gift Monday rattled goalkeeper Cynthia Djohore as early as the 6th minute only to see her shot pushed away for a corner kick. But the Falcons failed to utilise the series of corner kicks that followed.

The visitors took the lead in a most unexpected manner six minutes later, as Nina Kpaho, straight from a free kick on the right, floated the ball above a poorly-positioned goalkeeper Chiamaka Nnadozie for the opener.

The Super Falcons did not lose steam, and in the 27th minute, stand-in skipper Asisat Oshoala should have equalized but watched her shot from a brilliant Gift Monday pass sail over the bar.

Seven minutes later, Nigeria drew level from a blistering counter attack that saw midfielder Ngozi Okobi-Okeoghene put Oshoala through with an intelligent pass, and the captain kept her cool to steer the ball past the big Djohore.

The game petered out to a draw as the Ivorians craftily wasted time advanced to the next round.