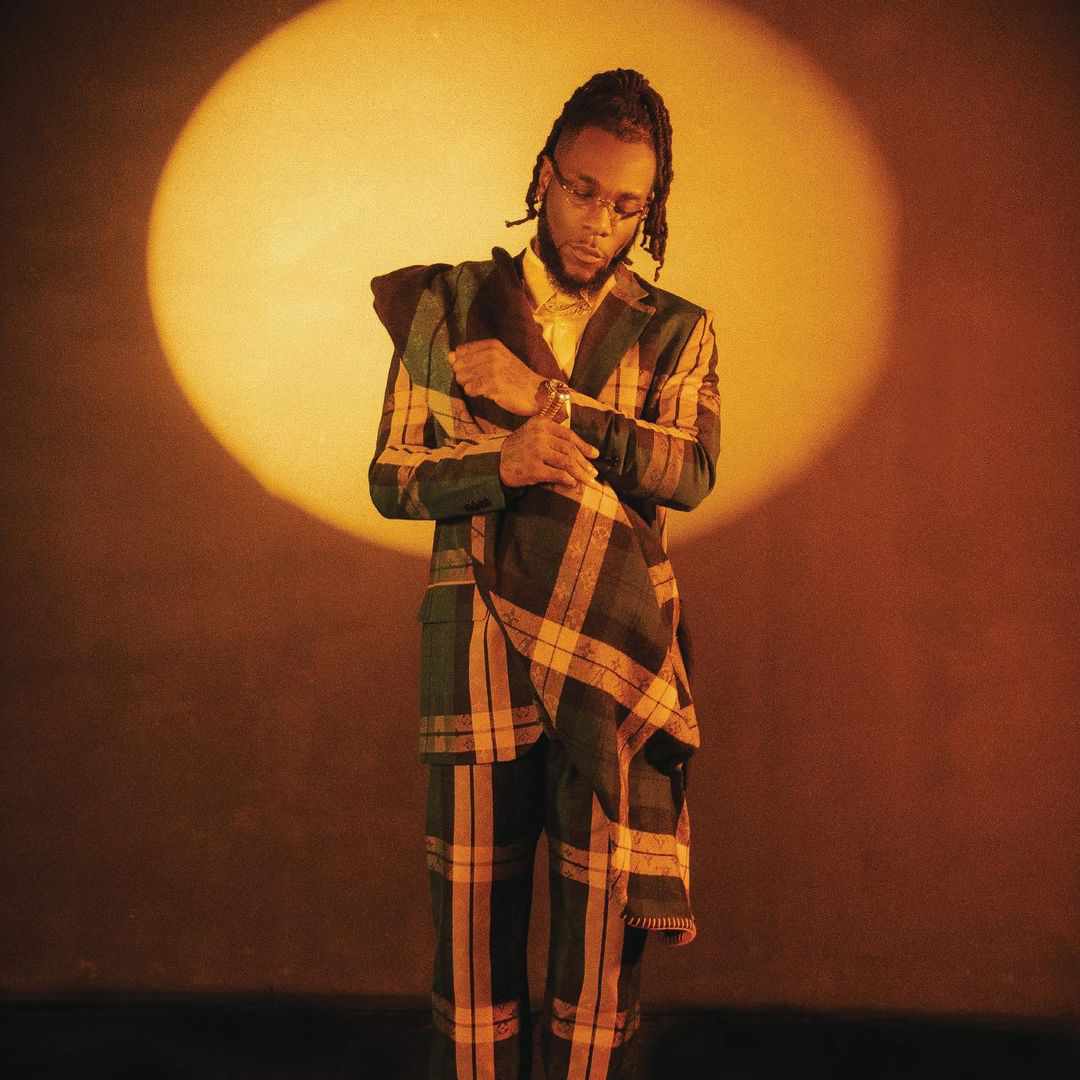 The Recording Industry Association of America, RIAA, announced the certification of the Grammy award winner’s song after it made over 500,000 sales in the States.

The ‘Ye’ song released in 2018 on the ‘Outside’ album, won The Headies Award for Song of the Year as it marks yet another significant achievement for the self-acclaimed African Giant. 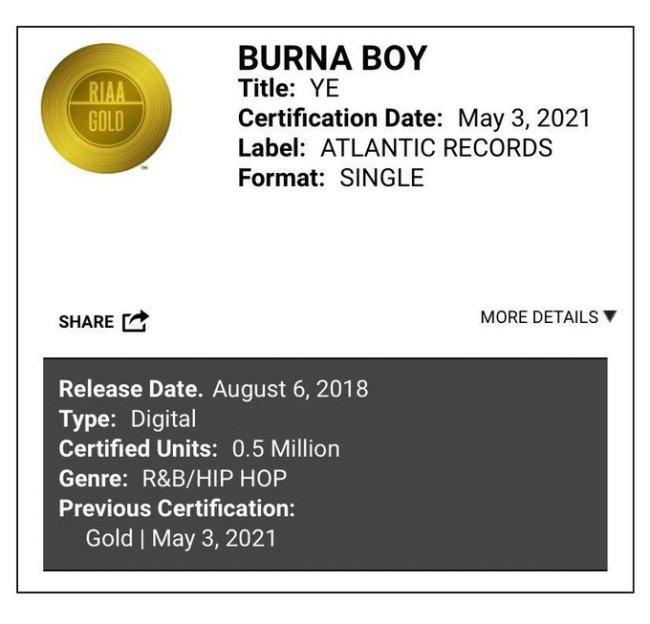 Taking to Twitter to announce the new milestone, Burna Boy shared a snapshot of the Gold certification of ‘Ye’ as he captioned it ‘Still striving.’