Nigerian soldiers who were recently seen in viral videos flogging and shaving some residents of Oyo State have been arrested. 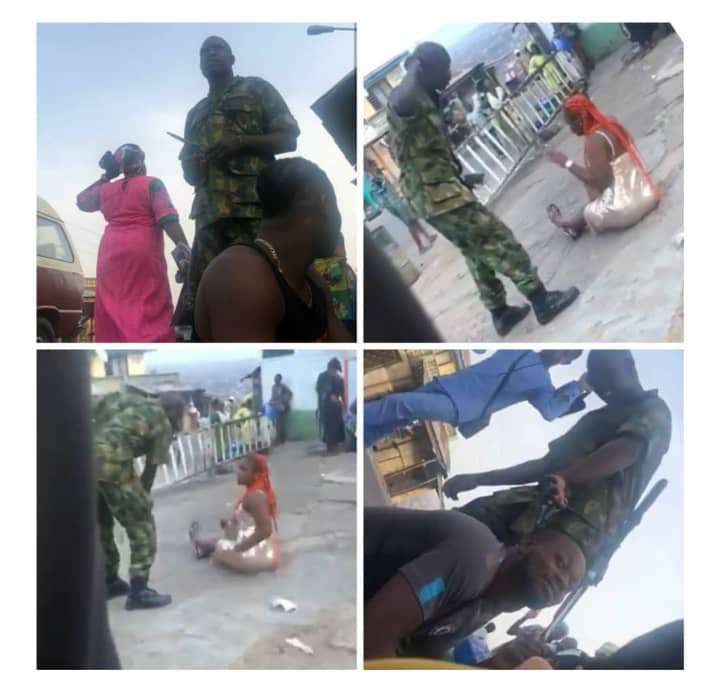 This was announced on Twitter by the Oyo state Commissioner for Youths and Sports, Seun Fakorede.

The incident reportedly occurred in the Beere area of Ibadan the Oyo state capital on Sunday, November 1.

One of the videos showed a soldier flogging a lady while another cut the hair of some young men in the area over what they termed ‘indecent’ dressing.

Reports also alleged they extorting them by collecting their money and valuables after harassing them.

Following public outcry and condemnation of the act, the said soldiers have been arrested and taken to the barracks.

Seun Fakorede tweeted, “My ears are full with news of the unlawful activities of some Soldiers of the Nigerian Army, over the weekend. I have immediately reached out to the Commandant of the Operation Burst and I’ve been assured that the men involved in this distasteful operation have been arrested and taken to the barracks — they will be dealt with accordingly. This will not repeat itself again in Oyo State. Please, kindly go about your daily business and activities without fear. Thank you.” 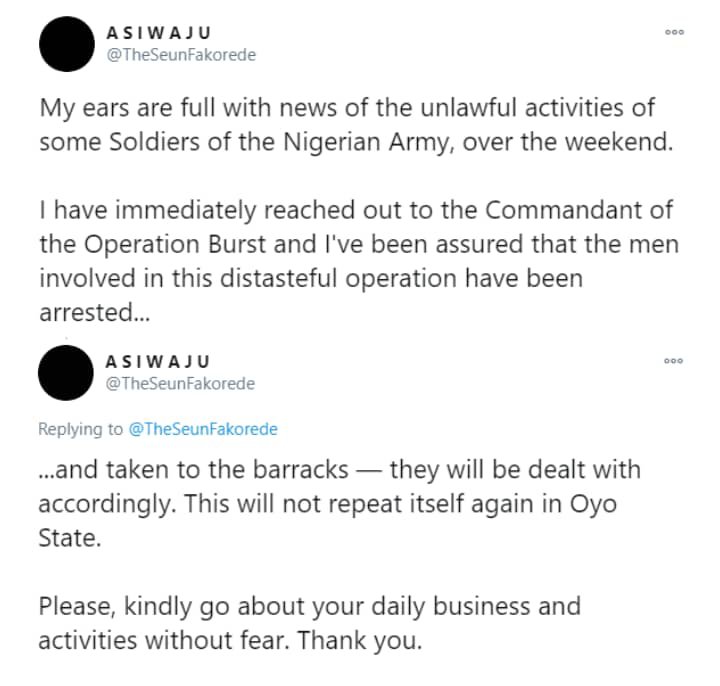