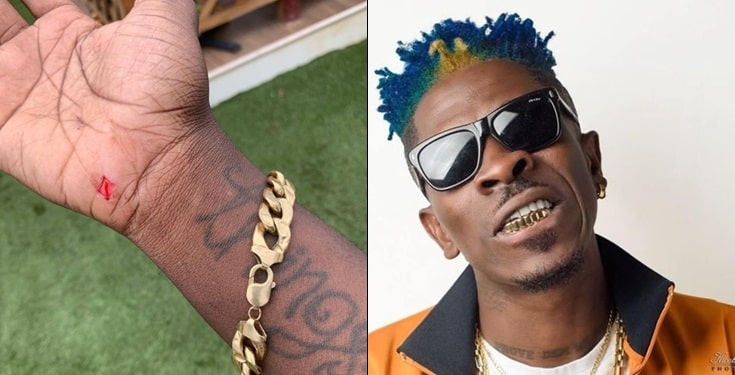 Ghanian singer, Shatta Wale took to Instagram to share a photo of a blood oath he took, vowing never to work with Ghana Music Awards.

“Upon sober reflections of events in recent times and having made broader consultations, I wish to announce that I will not be part of the Ghana Music Awards scheme going forward. God bless!” 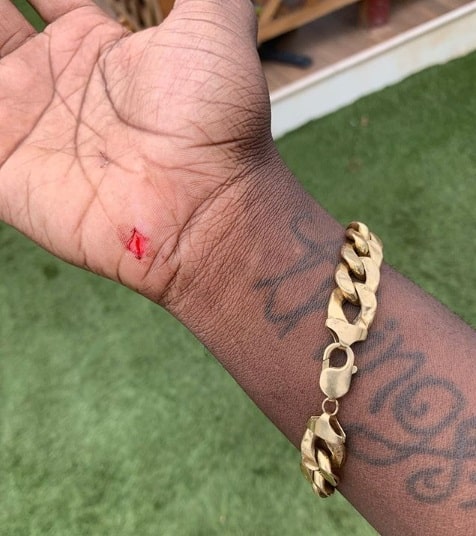 His declaration is coming just days after he and rival dancehall singer Stonebwoy had an altercation at the Vodafone Ghana Music Awards.

Today, it was announced that Dancehall artistes Stonebwoy and Shatta Wale have been stripped of all the awards they won at the 20th edition of the Vodafone Ghana Music Awards (VGMA).

They have also been banned indefinitely by the organisers, Charterhouse. The decision was announced at a press conference at the Alisa Hotel in Accra by Charterhouse and the Board of the awards.