One of the most remarkable results in Champions League history ends with Bayern putting eight past Barca! 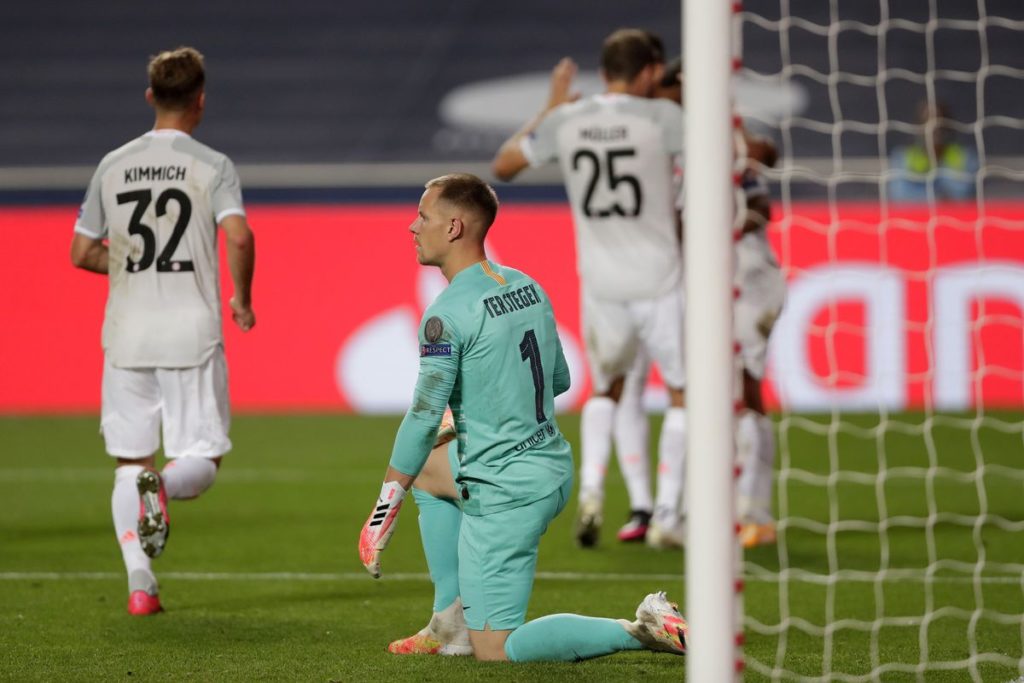 The Catalans were put to the sword by the rampant Bundesliga champions, exiting Europe in embarrassing fashion
Barcelona’s attempt to bring the Champions League back to Camp Nou after a five-year absence ended in humiliation on Friday, as Bayern Munich trounced them 8-2 in the quarter-final.

Muller and Coutinho, the latter still a Barca player, each got two, while there were also goals for Perisic, Gnabry, Kimmich and Lewandowski. Alaba’s own goal actually levelled the game at an early stage, but Suarez’s goal was a consolation.

This was a complete humbling for one of the biggest clubs in world football.

Bayern march on. They will face Manchester City or Lyon in the last four and must surely back themselves to clinch a treble now. At Barca, Quique Setien’s future looks extremely uncertain. His team have capitulated.