President of Omega Fire Ministries Worldwide, Apostle Suleman lambast a troll who attempted to drag him for owning 3 private jets. 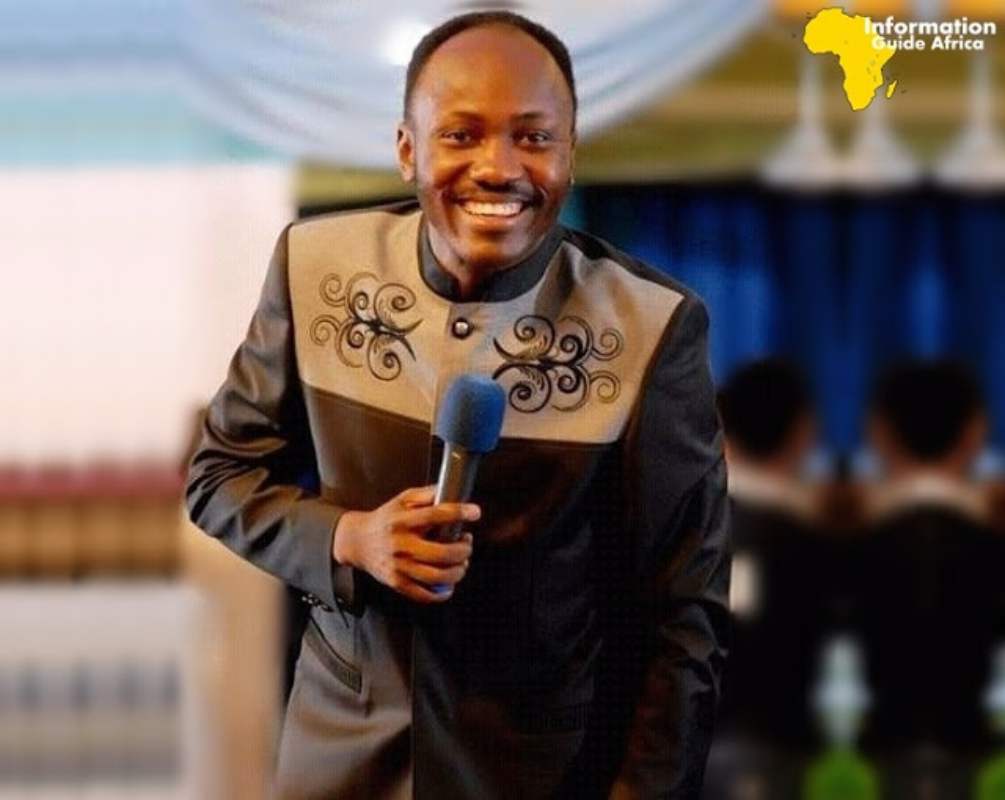 This is coming after the preacher made a post praising the late man of God, Archbishop Benson Idahosa, whom he referred to as a bold and fearless preacher that spoke nothing but the truth.

In reaction, a critic slide in the comment session to remind Apostle Suleman of his lavish lifestyle of owning 3 jets, unlike the late Archbishop Idahosa who would not have done such. 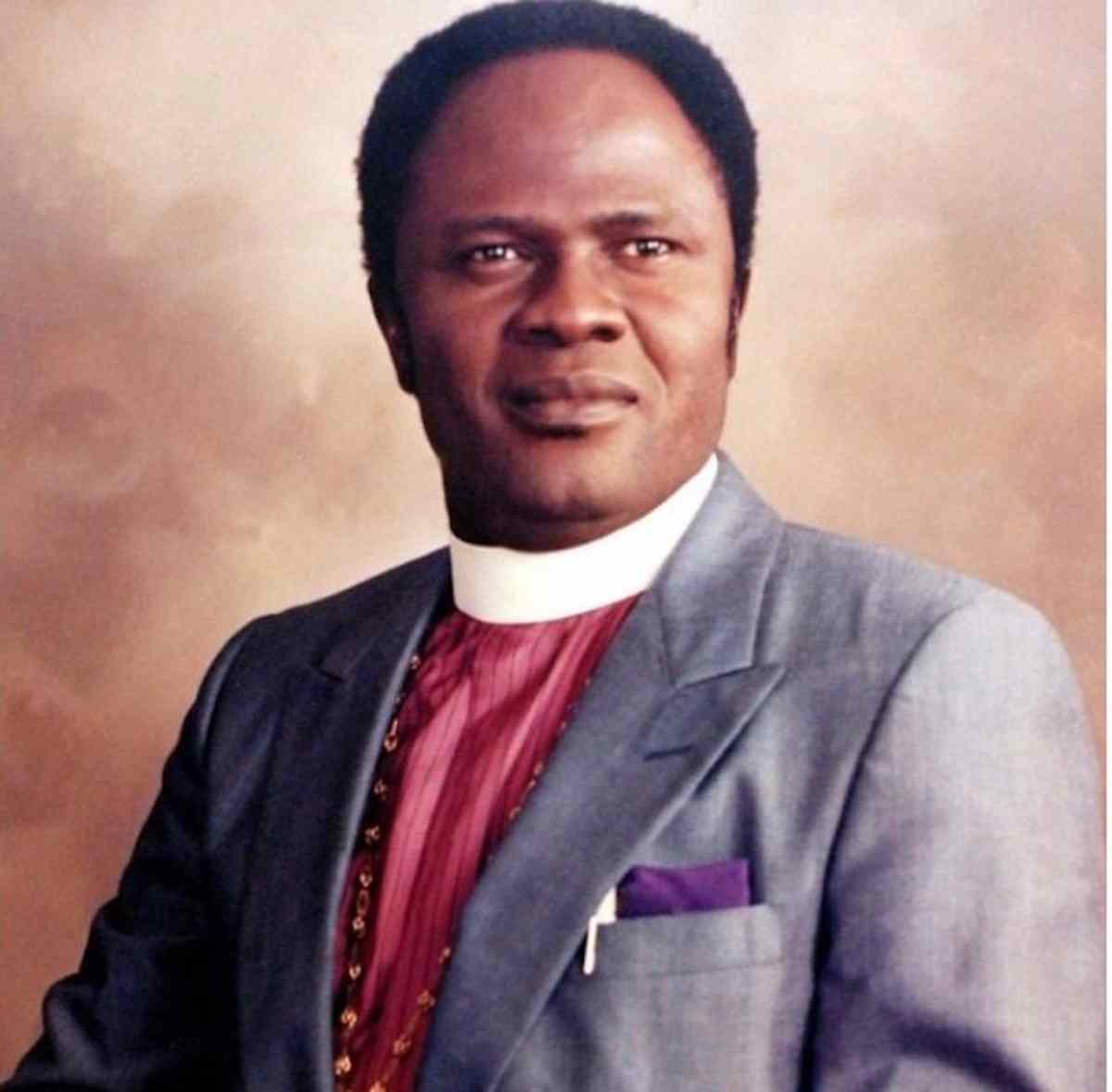 The prophet who is recently called out for sleeping with another woman’s wife referred to the troll as a ‘mumu’ while correcting him that having 3 jets is not the same as owning all 3 at once.

See the change below … 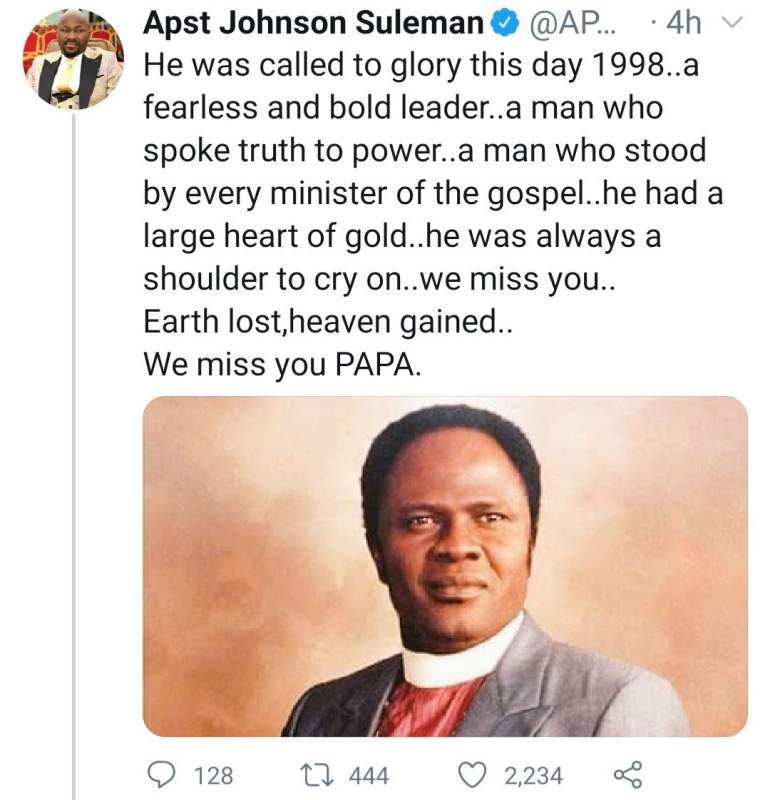 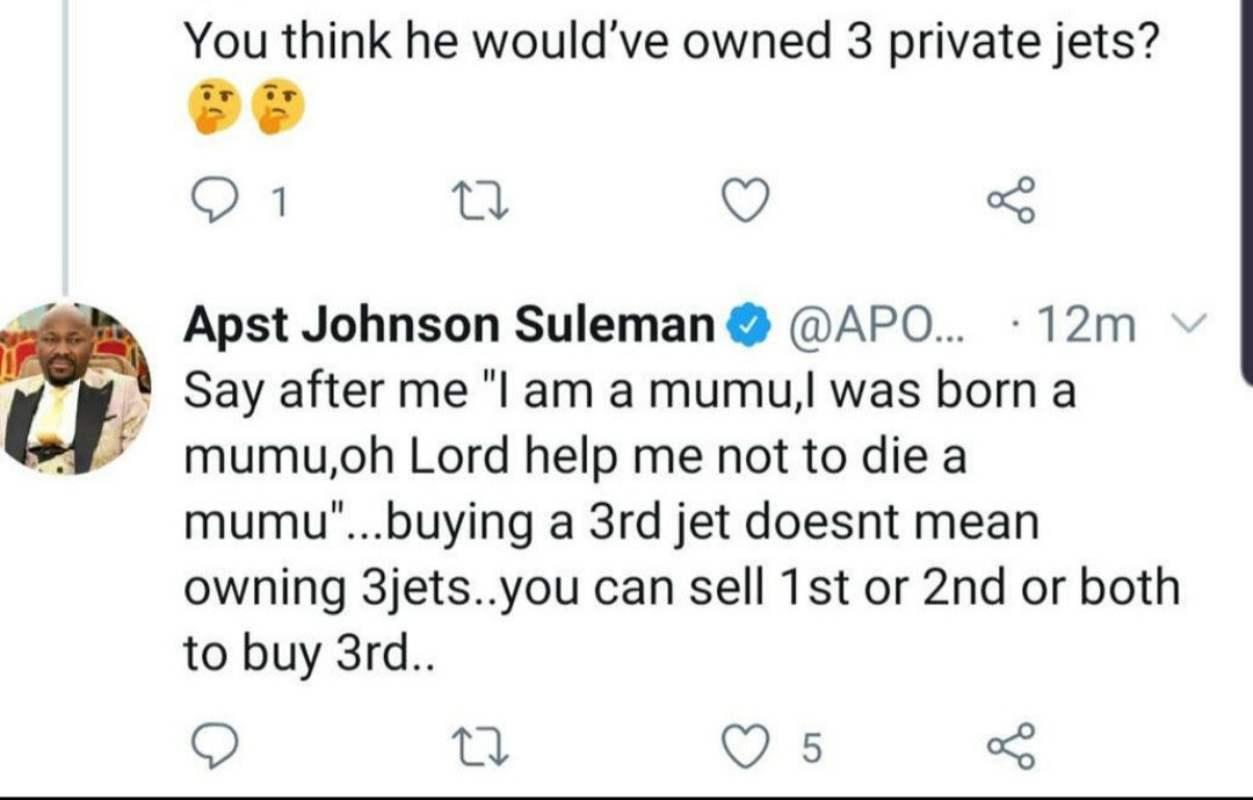