A lady has allegedly sent her 9-year-old nephew and his 11-month-old brother out of her home because she suspected them of being witches. 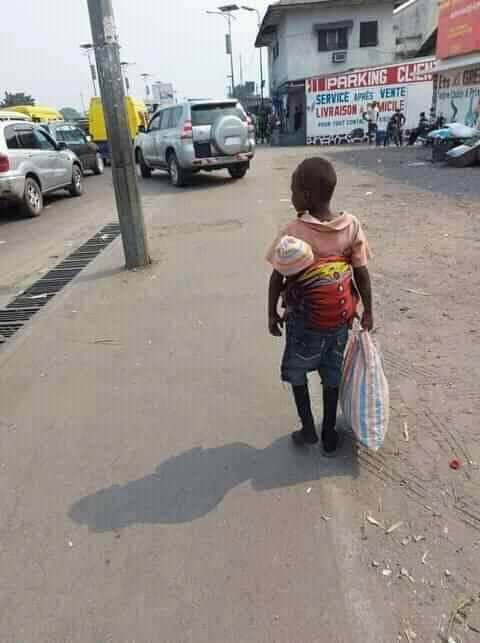 The sad account was shared by Ivuoma Tom, a Facebook user, who took to the social media app to share the story on how the little lad was sighted with his baby brother tied to his back.

According to reports, the little boy has been living on the streets since he was sent packing by his auntie, living off the generosity of kind hearted individuals who offered them what they could.

An individual who took interest on the boy queried the boy, known as Isaac, who disclosed that his father who is now late was a taxi driver and that his mother had died while giving birth to his baby brother.

They were chased by their AUNTIE while calling them witches

”They have been living on the street for 2 months now and they are feeding with the help of generous people they find on the street. But they don’t have a fixed roof to sleep it’s on the walking table that they sleep with their brother (baby). That bag they hold in their hands is their suitcase where they put their clothes ??

ISAAC told me: THAT his father was a taxi driver he died due to lack of care and money.” her mother died from Cesarean during giving birth to her little brother.”

While the majority of her family are in Goma the only aunt is here in Kinshasa unfortunately she ended up chasing us without a reason accusing us of witches, that is we are the ones blocking her house and so business I’m a husband “without letting go his little brother despite the suffering ISAAC says: “if it is to die of hunger together with my little brother yes I will, but never abandon him” THIS IS THE WORD THAT TOUCHED ME SO MUCH.”” 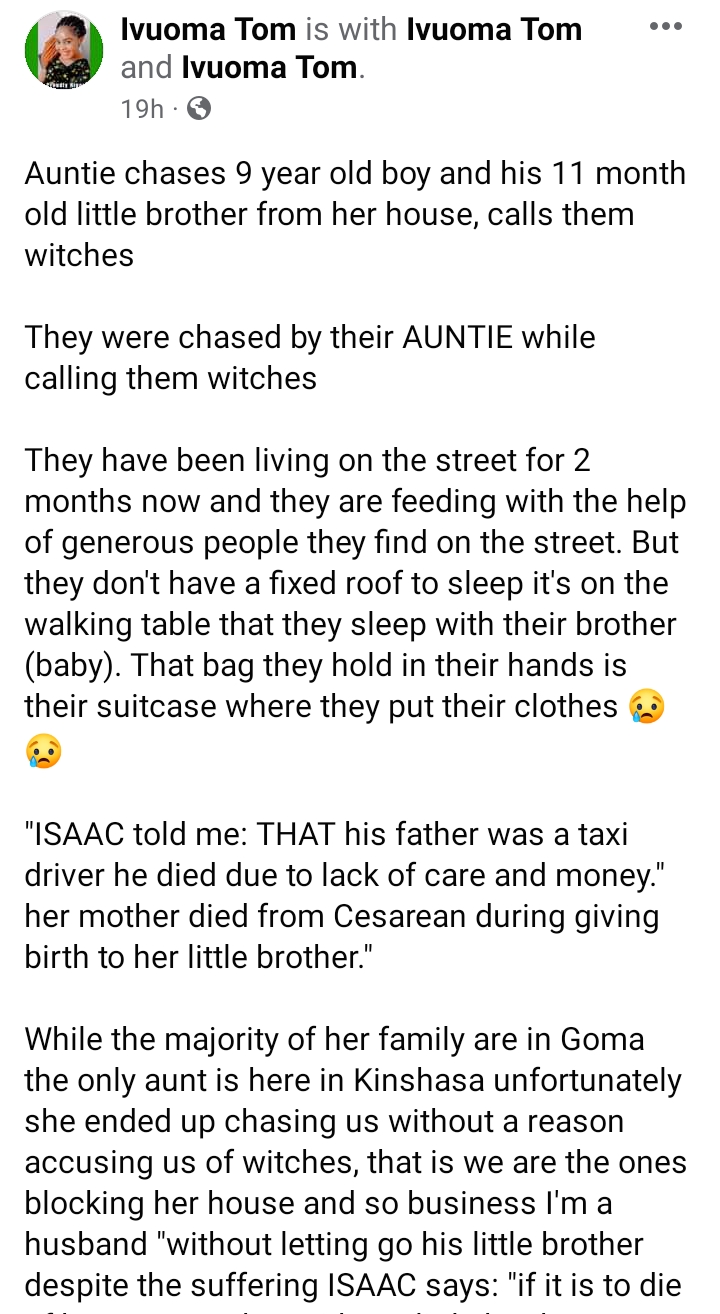 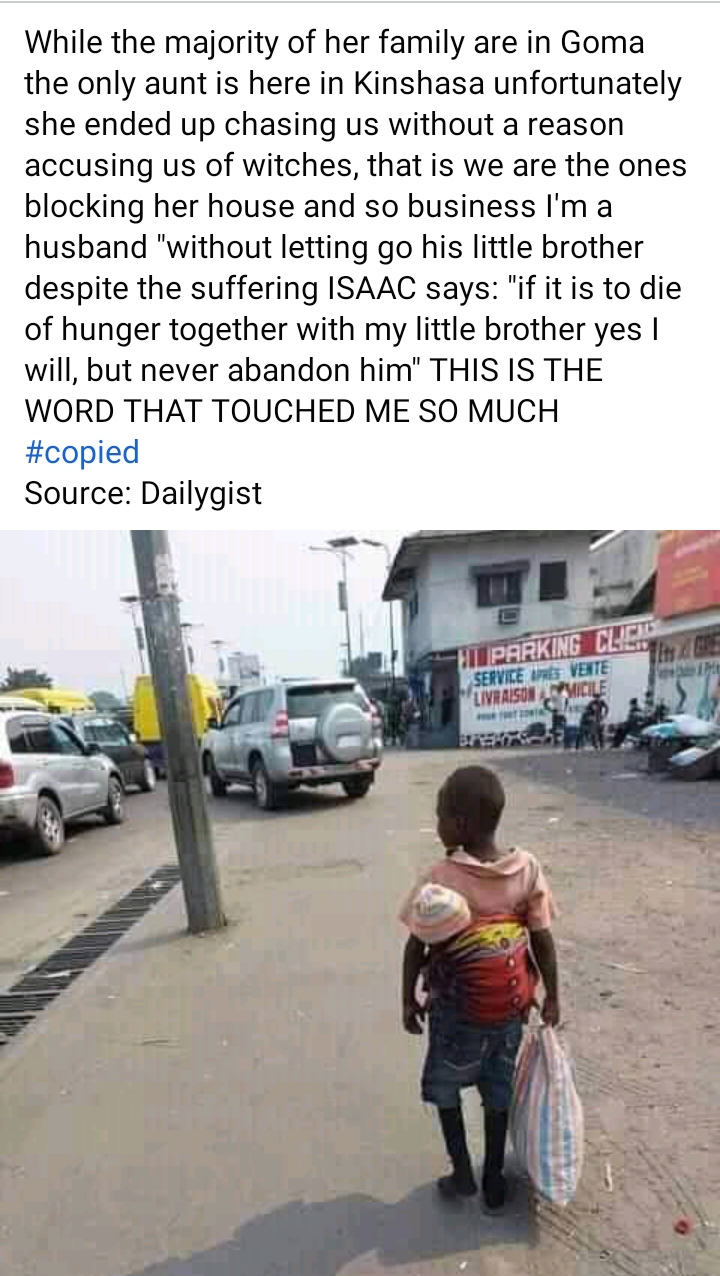