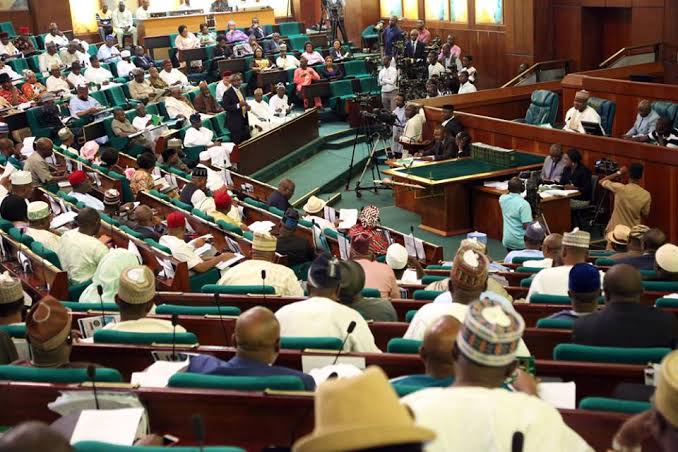 Members of the House of Representatives are currently in a rowdy session over the declaration of who becomes the lower chamber’s minority leader.

The rowdy session followed the Speaker’s decision to abandon a letter by the Peoples Democratic Party (PDP) nominating Kingsley Chinda as Minority Leader.

The PDP is the largest minority party in the House.

The speaker, Femi Gbajabiamila, went ahead to announce Ndidi Elumelu as Minority Leader which culminated in a protest by members of the main opposition Peoples Democratic Party, PDP.

However, Elumelu is also a PDP member but the matter got complicated when an unidentified lawmaker grabbed the mace of the lower chamber.